Seton Hall downed the No. 25 Xavier Musketeers on Wednesday in a nail-biting 73-71 win. Senior Jared Rhoden led the way for the Pirates, dropping 25 points and coming down with 8 rebounds in a vintage performance from the fourth-year guard.

Coming off a January that saw the Pirates go 3-5 and plummet in the Big East standings after a hot non-conference start, two straight wins to start off the month of February had the Pirates looking like the team they were before their 17-day COVID pause in late December.

The opportunity to get another Quadrant 1 win over a ranked Musketeers team was one they could not pass up. However, without Bryce Aiken for the sixth straight game, a sixth-year senior good for 14.5 points per game, it would be an uphill battle.

"He won't be back Saturday. I don't expect him to be back anytime soon," Kevin Willard said of his starting point guard.

Despite this, the Pirates came out hot in the first half, and grabbed a lead that swelled up to 14 at its largest.

Led by Rhoden's 11 first half points, every single Pirate that took the floor in the opening 20 minutes scored at least 2 points. A physical defensive effort that was bolstered by a rebounding difference of 8 in favor of the Pirates, Kevin Willard's squad entered halftime with a 10-point, 37-27 lead.

The Musketeers did not go down easy, though. Led by Paul Scruggs, Xavier cut the lead down to 1 with 14 minutes left, but could not get any closer. Rhoden continued his tear, scoring another 14 while staying on the floor for the entirety of the second half.

Rhoden said, "That was a must-win for us. We had a tough beginning to our Big East Conference slate, and I feel like the guys really wanted that one. Our practices were really intense and I'm just so proud that we got that win. That's big time for us."

The Pirates lead grew back to 10 and the shrunk back down to as little as 1 with 3 seconds left, but by that point it was too much for Xavier. Seton Hall pulled out the win, 73-71, securing their first Quad 1 win since UCONN on Jan. 8.

"[Richmond] is a complete player," Rhoden said of the sophomore point guard. "Just his ability to impact the game on so many different levels whether it's with the ball in his hands, off the ball, creating for others, getting rebounds, scoring, defensively. He's just a great overall player. I'm thankful for a player like him."

By the game's end, the Pirates had outrebounded the Musketeers 41-28 overall, including 17-4 in offensive rebounds, in a dominant showing on the glass.

"When we rebound and defend the three we're pretty good. I don't know what our numbers are, but they're pretty damn good. When we outrebound and defend the three I think we're undefeated or have one loss and that was when we only had seven guys," Willard said of his team's aggressive play. "I think our front line guys are really playing well. Tyrese [Samuel] is back, [Yetna] is really playing aggressive, Tray [Jackson] was out for two days of practice with a sprained ankle so I just thought he looked a little rusty today, but I think all four of them are really doing a great job."

Wednesday's game was just the first leg of a three-game gauntlet that still has games at No. 15 Villanova and at UCONN remaining. 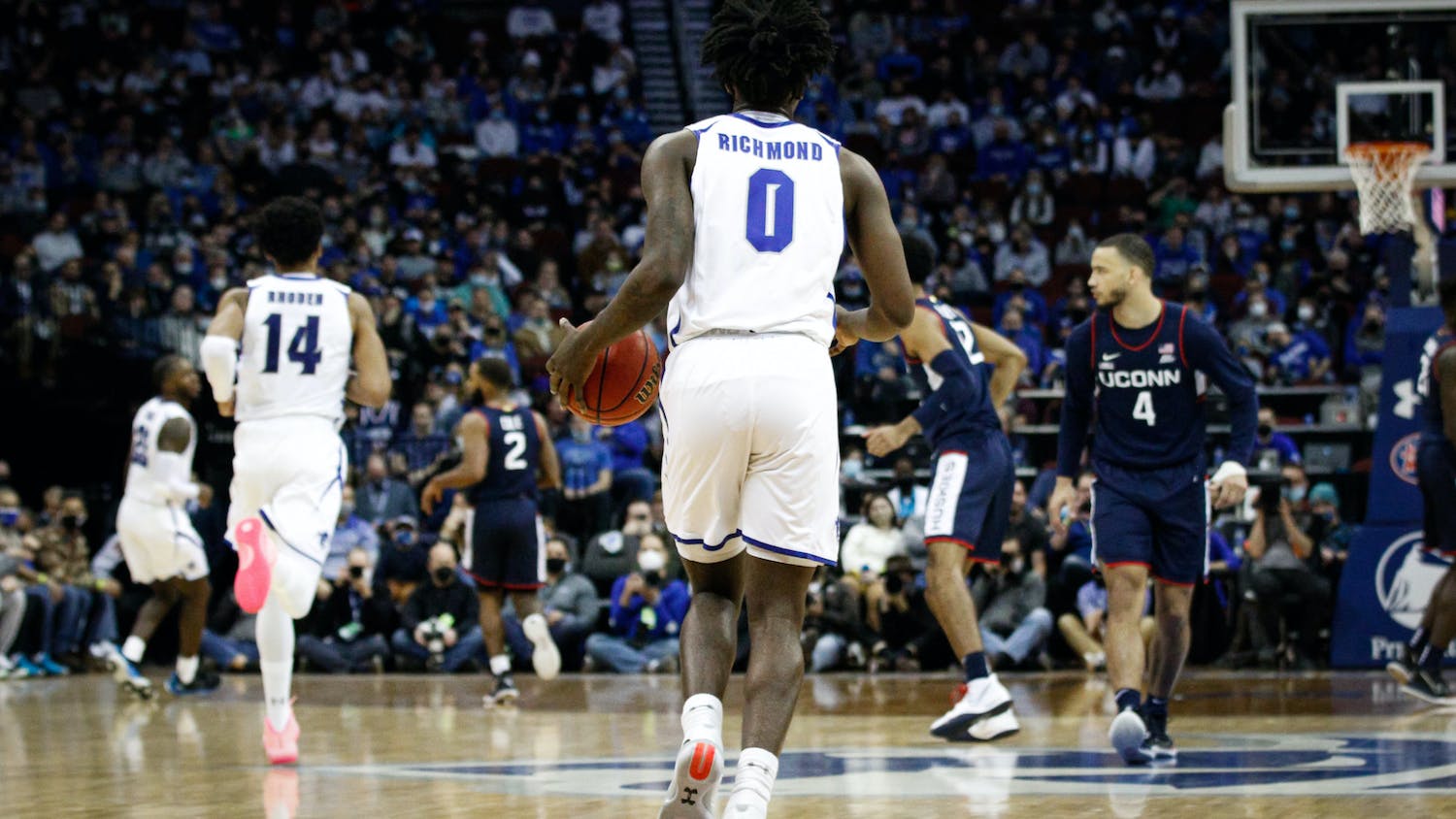 Pirates Right the Ship in Dominant 74-55 Win Over Creighton 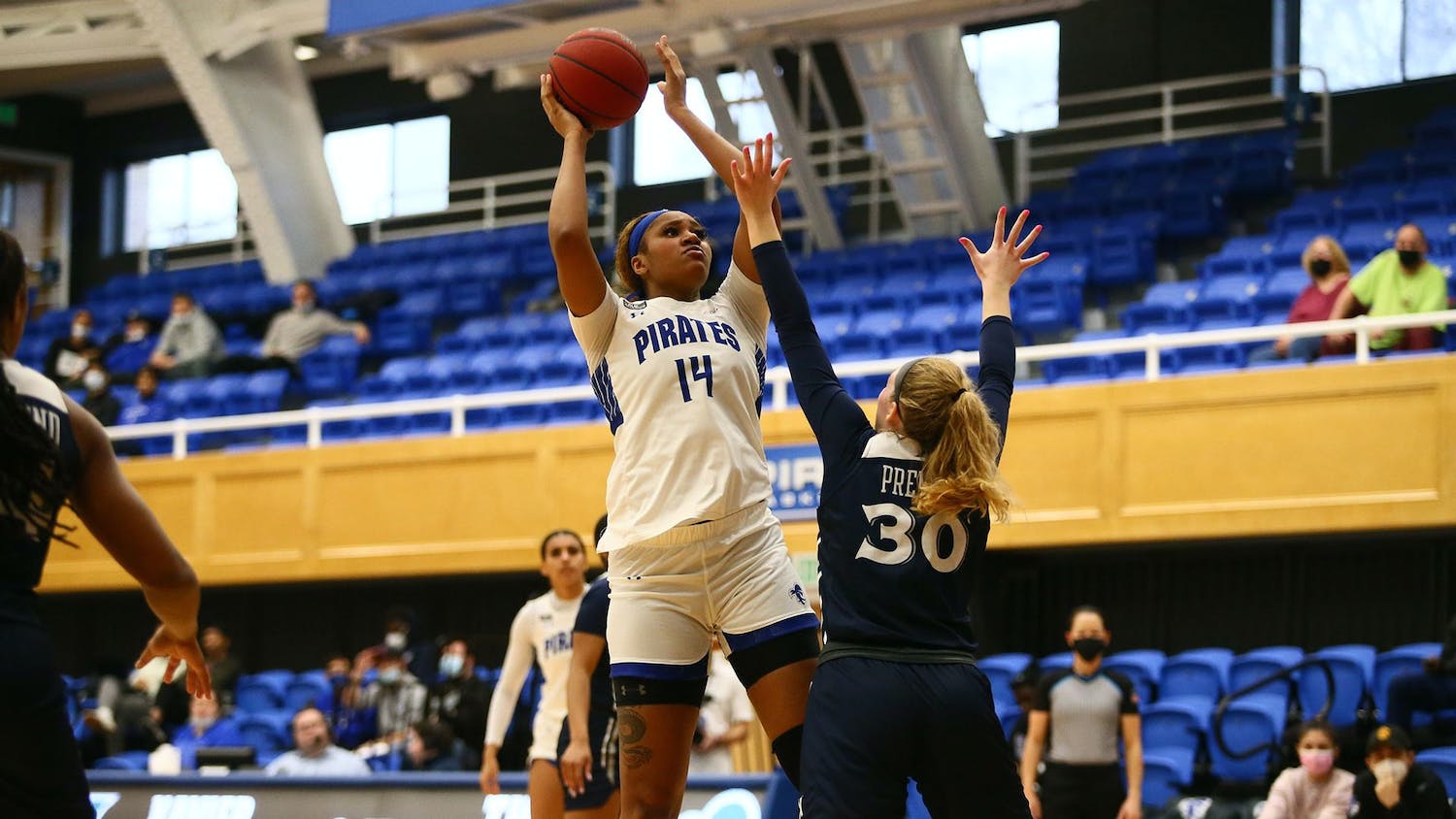 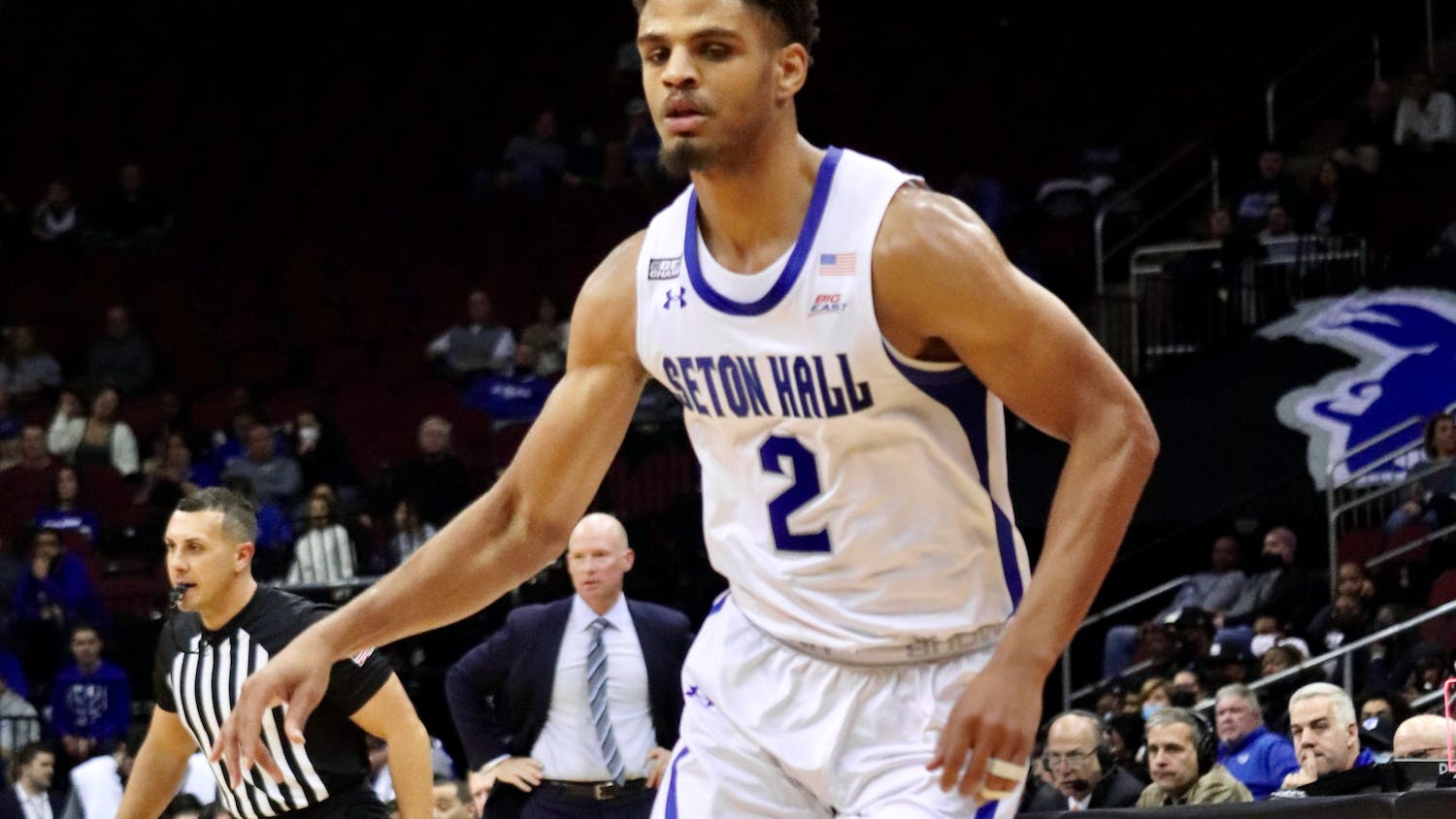