Coming off of a dominant win over Georgetown on Wednesday, the Pirates looked to keep themselves in the win column as tournament time approaches. Xavier came to town and battled Seton Hall to the final buzzer in a game that ultimately fell in favor of The Hall, 91-86.

Seton Hall started hot as Sidney Cooks got the ball rolling for Seton Hall with an easy post-spin down low that was followed by a Mya Jackson triple in the corner. Andra Espinoza-Hunter decided it was her turn, taking it coast-to-coast and splitting two defenders for a tough layup that resulted in an and-one. Cooks scored 7 early points, followed by Espinoza-Hunter and Jackson’s 5 points for a 19-18 lead at the end of the first frame.

Lauren Park-Lane found Mya Bembry in the paint after the Pirates struggled early in the second quarter to trail by just two. Bembry came back down the floor and blocked a shot that paved the way for an Espinoza-Hunter three. Trailing by just one halfway through the second quarter, Park-Lane drove through the lane for her first points and the Seton Hall lead. Neither team could pull away down the stretch, though another triple from Andra Espinoza-Hunter gave the team a one-point leaded headed into the break.

Espinoza-Hunter led the team at the half with 14 points on 3-of-7 shooting from beyond the arc with 3 assists and 2 rebounds. Park-Lane’s playmaking was vital in the first half as she led with 6 assists. Sidney Cooks added 9 points and 2 assists.

The Pirates’ lead grew to 7 as Cooks bodied in a layup and Park-Lane dropped 2 pairs of free throws early in the third quarter. Unfortunately, they could not keep their feet set and turned the ball over on three consecutive plays due to traveling violations. A dry spell followed, though Espinoza-Hunter found a cutting Jackson for an easy layup on the low block. Back-to-back Cooks’ layups gave Seton Hall a cushion, but Xavier crawled back to retake the lead with just a minute remaining in the third quarter.

Curtessia Dean tied the game at 64 for Seton Hall early in the final quarter, and Park-Lane knocked down her first triple of the afternoon. Two more three-pointers, this time from Jackson and Dean, put The Hall up by six with 5 minutes remaining in the game. Fouls were unavoidable for the Pirates, as three players had 4 or more fouls and two more had 3. With less than two minutes left to play, Xavier tied the game at the stripe to force another timeout for the Bozzella-led Pirates. Dean got physical under the rim, drawing an and-one, and essentially icing the game for Seton Hall. The game was then closed at the free throw line.

Seton Hall has scored more than 90 points in back-to-back games thanks to five Pirates notching double figures. Espinoza-Hunter led the team with 20 points, 5 assists, and 3 rebounds followed by Sidney Cooks with 18 points and 10 rebounds for another Pirates double-double. Park-Lane excelled with 16 points and 8 assists, and Mya Jackson picked up where she left off against Georgetown with 15 of her own. Curtessia Dean added 14 points off the bench for Seton Hall. Xavier had two 20-point scorers on Friday, with Shelby Calhoun scoring 22 and Aanaya Harris’s 20.

Seton Hall improves to 5-7 in Big East play and gets back to an even record of 10-10 overall. The team will travel to Hinkle Field House in Indianapolis and face Butler on Sunday, February 6th at 2:00 pm in hopes of once again extending their win streak. 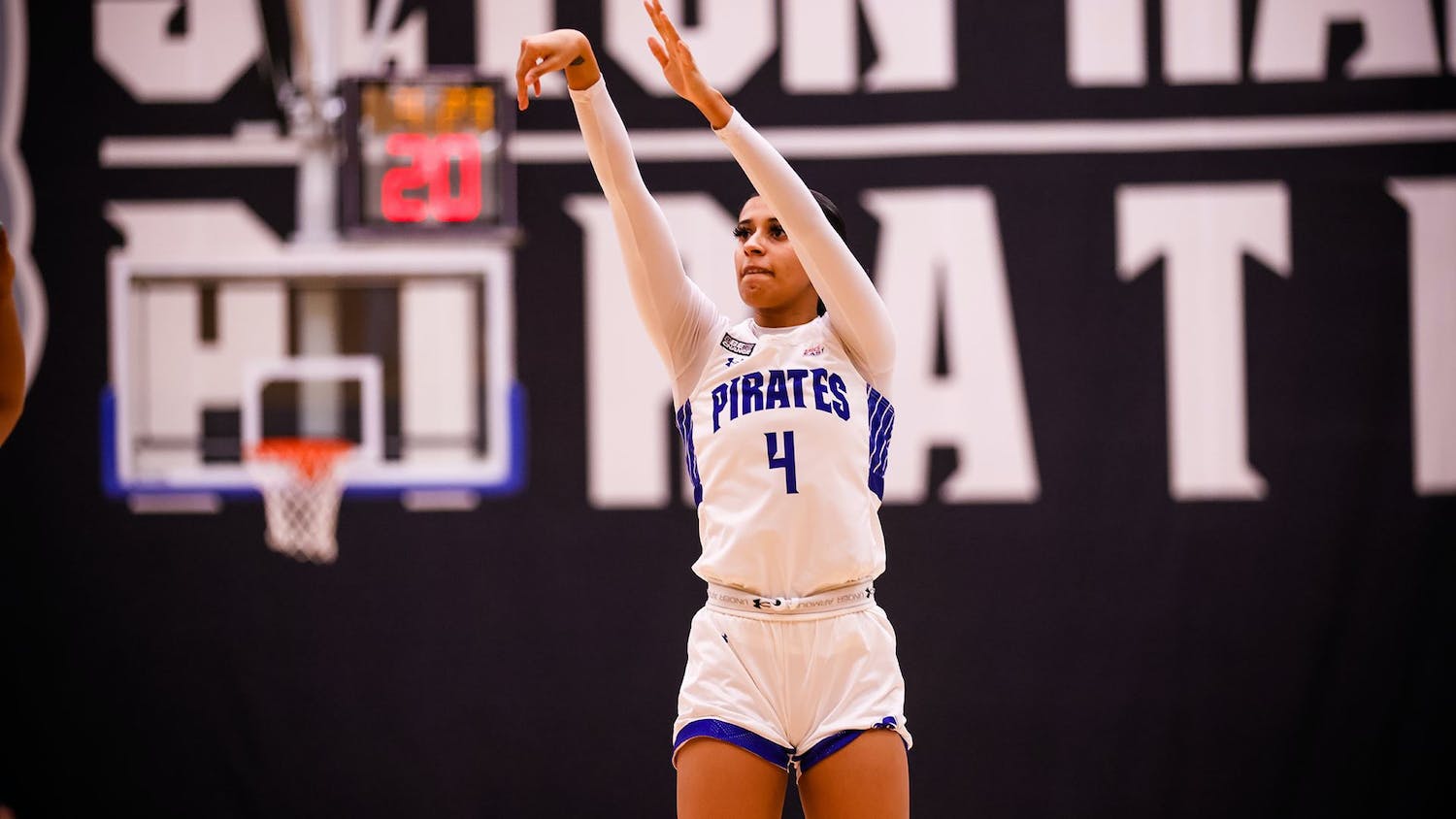 Seton Hall Unconscious from Downtown in 91-62 Victory Against Georgetown 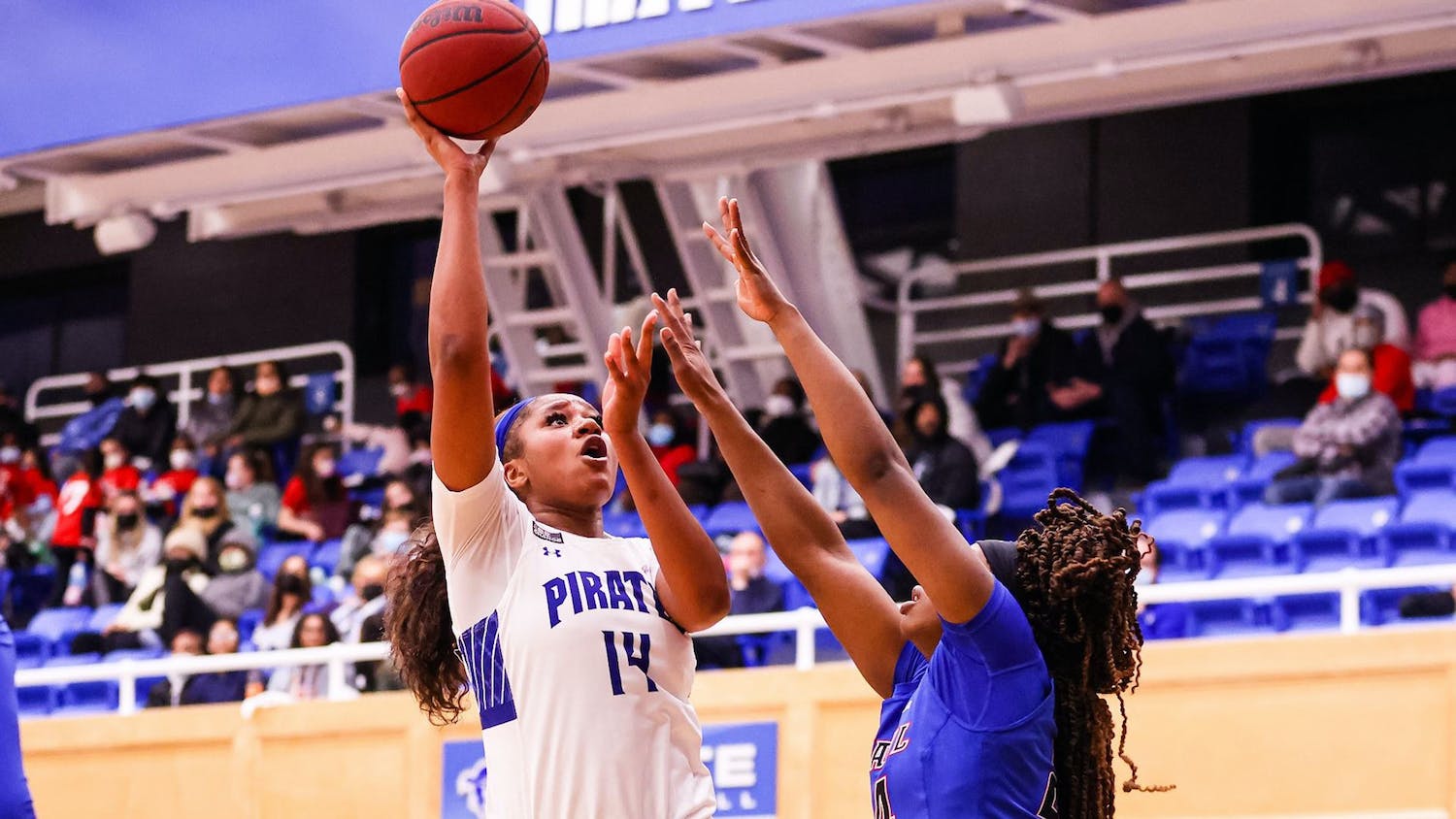