No keynote speaker for 2016, disappointing some students 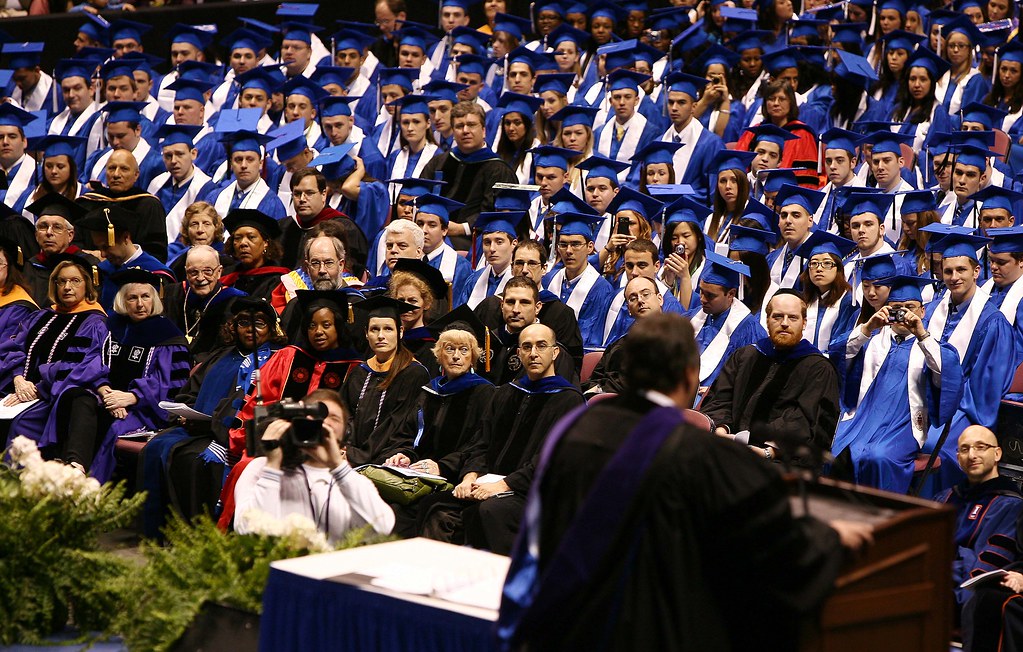 Courtesy of flikr.com[/caption] For the second year in a row there will be no featured guest keynote speaker at the Baccalaureate Commencement Ceremony. The commencement ceremony for the Class of 2016, which will be held again at the Prudential Center in Newark, will instead focus on student speakers, according to Dr. Joan Guetti, senior associate provost. Guetti added in an email interview that the comments that came to the provost’s office after last year’s decision to forego a guest speaker were “favorable.” When asked if this trend of student speakers will continue, Guetti said, “This focus on students is appropriate and generally appreciated by those who attend the ceremony. Therefore, there are no plans at this point to change this arrangement.” According to Guetti, “The University wants graduation to be a very special and memorable time for the students and their families. We’ve always had student speakers, but now we provide them with a special opportunity for reflection on the significance of the day as well as on the many experiences they’ve had during their undergraduate years.” Guetti provided no further details on how this decision was made. The last guest speaker to take the stage at graduation was Mary Eberstadt, an author and senior fellow at a conservative think tank in Washington, D.C., who appeared in 2014. Following her selection, some community members expressed concern over some of her beliefs, specifically the fear that she did not support women in the workforce. In the past, the University has featured speakers such as N.J. Gov. Chris Christie in 2011, Executive Director and Life Skills Trainer for Raise Hope Foundation Scott Chesney in 2012 and Professor of Jurisprudence and American Institutions Hadley P. Arkes of Amherst College in 2013. Last year, the Office of the Registrar provided the valedictory committee with information about top students by GPA in all departments and each was invited to apply to speak. The chosen valedictorian was the leading speaker at commencement, and the salutatorian spoke at the awards ceremony with an alternate selected for both. Some seniors are already expressing concern about commencement. Sam Matino, senior diplomacy major and member of the Senior Class Council, said two members of the Council were to be granted seats on the Commencement Committee this year. However, he was informed that the decision about foregoing a guest speaker was made before their first meeting at the beginning of February. “I am very disappointed with the decision that the administration made,” Matino said. “The point of a commencement speaker is to inspire and encourage. A commencement speaker has encountered obstacles and has overcome them all. They are able to provide perspective and life lessons that a student simply wouldn’t be able to.” Timothy Hoffman, former SGA president and graduate student, also disagrees with the decision. “I felt that graduation was missing something important last year and now that I have learned that this is a continuing trend, I feel that the University is really missing an opportunity to enhance our level of national prestige,” he said. “Bringing nationally renowned speakers to campus is something that rewards graduates and can spark interest in potential students.” Mary Marshall can be reached at mary.marshall@student.shu.edu.