Men’s college basketball finally returned to the Prudential Center after Seton Hall suffered a devastating NCAA Tournament loss to Texas Christian University in March. Coach Shaheen Holloway and the Pirates hosted the Monmouth Hawks in what became one of the best defensive showings by a Seton Hall team, opening the season victorious again, 79-52.

Senior Tyrese Samuel earned the first bucket of the 2022-2023 season with a layup on the initial possession, which was followed by Pittsburgh transfer Femi Odukale’s jumper for his first points as a Pirate.

Monmouth was not able to find a rhythm offensively as the Seton Hall defense locked down almost every look they had and held the Hawks to 19% shooting early in the contest. Freshman Jaquan Sanders knocked down a triple for his first collegiate bucket and forced a timeout. This sparked an 8-2 run for The Hall, which was followed by 15 unanswered points later in the half to take a 36-17 lead heading into the break.

The Hawks did not score a field goal in the final 7:49 of the first half, though still held the rebound advantage 26-to-19 thanks to 10 early boards from Myles Foster. Tyrese Samuel and Tray Jackson led the way with 7 points and 3 rebounds apiece, while Dawes had 7 himself. Junior Louisville transfer Dre Davis and Kadary Richmond added 4 points and 3 rebounds each. Defense was prevalent again for the Pirates, as the team amassed 10 steals in the first half.

After nearly 10 minutes of play, Monmouth found their first basket down low, but that was followed by a deep ball from Odukale and a monstrous slam from Tray Jackson to bring the lead back to 21. Freshman Tae Davis began his impressive debut with an and-one on the break, followed by another tough move in the paint. Shooting 27% from behind-the-arc in the first half, Seton Hall came out firing and brought their three-point percentage to 42%.

Seton Hall’s lead stood at 24 points or more for the final 12 minutes of the second half, giving the Pirates an emphatic win to begin the season.

Four Pirates scored double figures and six had more than 8 points on Wednesday night. Tray Jackson led the Hall with 12 points and 5 rebounds, led by Samuel’s 11 points and 5 rebounds. Tae Davis was remarkable in his debut, scoring 11 points on 5-of-7 shooting while almost notching a double-double, grabbing 8 rebounds. Clemson transfer Al-Amir Dawes added 10 points on two three-pointers. Jamir Harris and Dre Davis had 8 points each.

Thomas Donnelly can be reached at thomas.donnelly@student.shu.edu. Find him on Twitter @_tommyd023 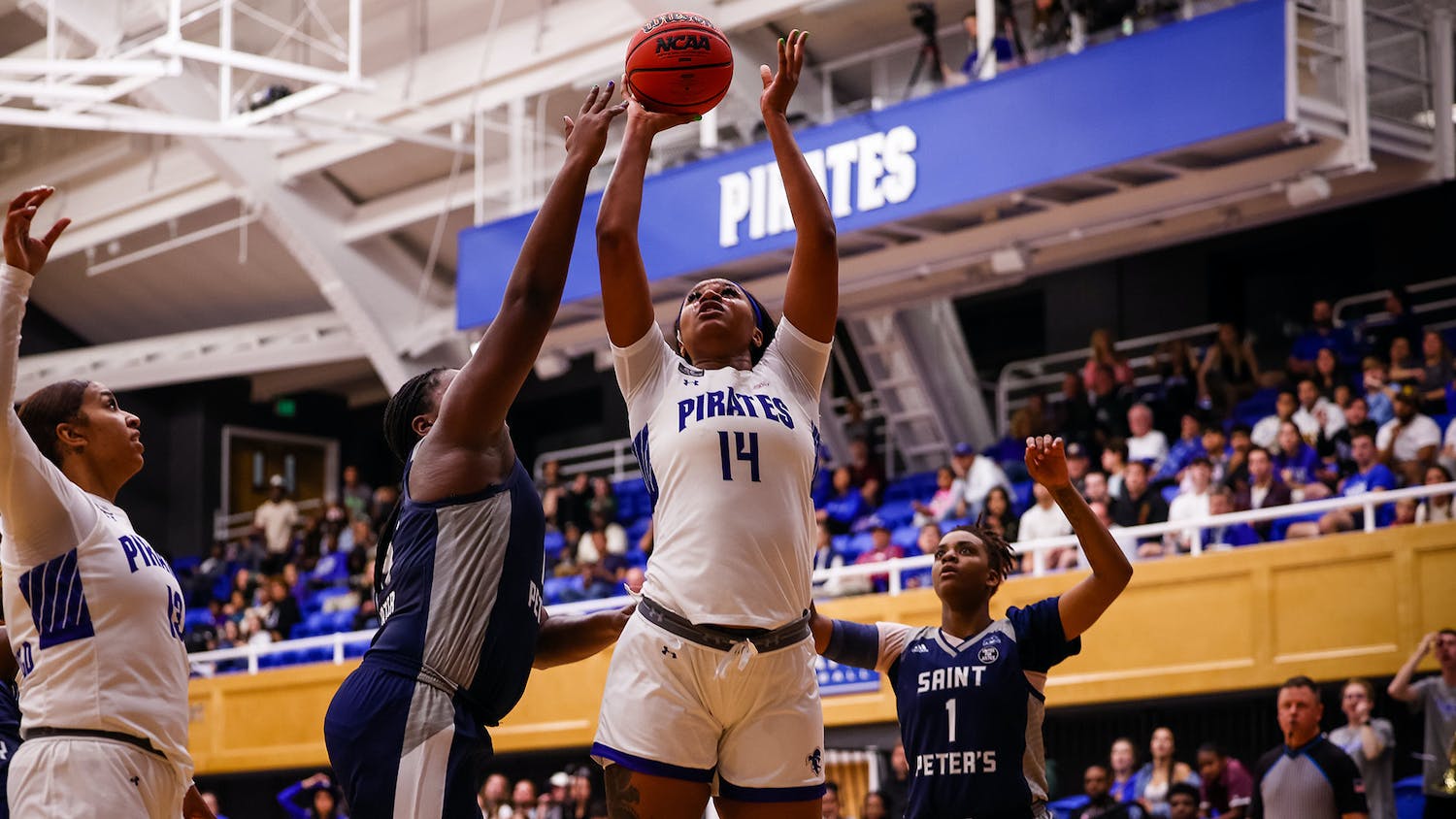