At the first live concert since the COVID-19 lockdown, Student Activities Board (SAB) hosted Clinton Kane at “Music Under the Stars” on Sept. 10.

Kane, whose popularity soared on Tik Tok, has over 11 million monthly concurrent listeners on Spotify alone. Students had the opportunity to attend the concert free of charge, bringing blankets and enjoying a complimentary buffet of chicken tenders and french fries, drawing an allusion to Kane’s popular song, “CHICKEN TENDIES.”

SAB Live Events co-chairs Kimberly Sanchez, a senior psychology major, and Nile Polk, a junior financial mathematics major, said that Kane was not the only artist considered for Music Under the Stars.

“We debated a few artists and decided that Clinton was better suited for ‘Music Under the Stars’ and would be someone that students would be excited to see,” Polk said.

Moonwater, a local band of which two members are Seton Hall alumni, opened for Kane.

“Mike Cappelluti and Eric Belcastro are both Seton Hall alumni, and Cappelluti reached out to us as they have performed at Seton Hall before and wanted to let us know that they were available and interested for any future performances,” Sanchez said. “We kept in contact with Cappelluti and invited them to perform at ‘Music Under the Stars.’”

For many students, Friday’s concert was the first they had attended since the pandemic began.

“It felt amazing; being able to sit out in the open air with friends to see someone perform felt great,” Mikhayla Rogowsky, a sophomore biology major, said. “I love music and concerts, and being in a setting where I can enjoy it again felt incredible.”

Rogowsky was one of many students who had only minimal familiarity with Kane but had enjoyed the concert nonetheless; for some students, the concert was the first time hearing Kane’s music.

“I wasn’t familiar with Clinton Kane, but a couple of my friends were,” Servando Bautista, a sophomore nursing major, said. Bautista added that he appreciated Kane’s voice, and his performance was fun and entertaining.

The audience was provided with a uniquely intimate performance, many students noting details of Kane’s personality.

“I loved the format of ‘Music Under the Stars,’” Celine Sanchez, a freshman biochemistry major, said. “I loved Clinton’s style of performance; I thought he was entertaining with his music and was also funny.”

Kane went so far as to interact repeatedly with the audience by responding to questions, cracking jokes, and even signing a student’s shoe.

“He had conversations with the audience and even let someone from the audience go on stage and sing with him for a little bit,” Allison Gonzalez, a freshman psychology major, said.

Kane himself said that Friday’s concert was only his second time performing at a university. He expressed how grateful he was to have an opportunity to perform live as previous pandemic precautions had blocked opportunities to perform for an in-person audience.

“Without a doubt, there’s definitely a difference in intimacy,” Kane said. “With doing a show in the city in venues and stuff, everything is coordinated and very formal. With this, I just hop on stage, sing for people, they can do whatever they want, and I can talk to them afterward. I like this better for sure--the more informal ones.” Kane said. 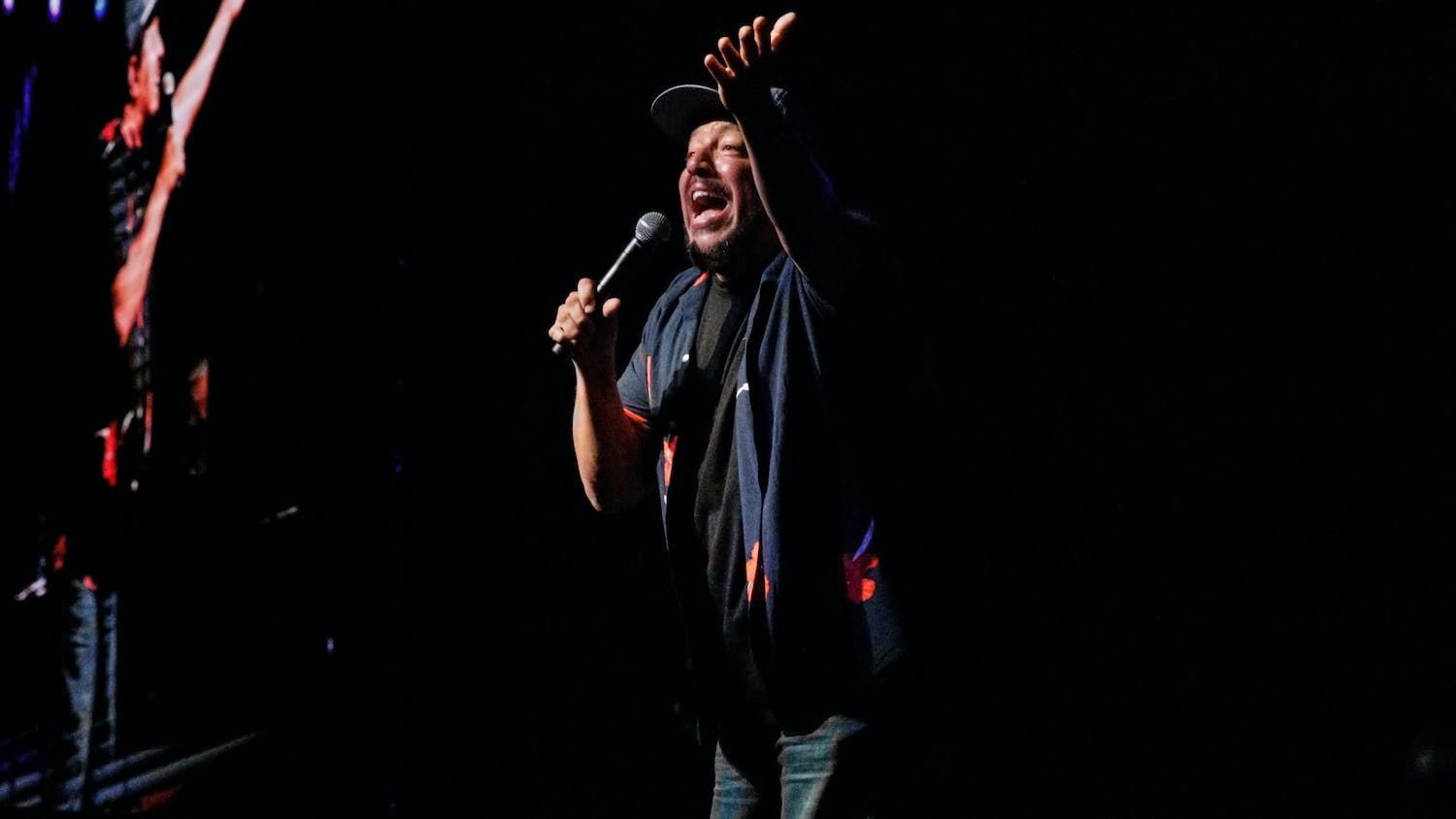