This weekend, the Seton Hall women’s tennis team took on the Morgan State Bears and the Navy Midshipmen. The team beat the Bears 6-1 on Saturday, but fell to the Midshipmen 4-3 on Sunday. The match on Saturday started out as a tight battle, but would that would change quickly. SHU’s No. 1 doubles team of Thandy Kangwa and Anna Fajnorova managed to win its match without having to go to a decisive third set super tiebreaker, with a score of 7-5, 7-6 (3). Luize Strike and Melody Taal clinched the doubles point for the Pirates with a 6-0 victory. [caption id="attachment_17890" align="aligncenter" width="1440"]

Photo via SHU Athletics[/caption] Except for the fifth and sixth singles spots, all of the singles matches were hotly contested. The Pirate’s top two singles players Luize Strike and Fajornova both managed to come out with victories, scrapping by in tiebreakers. The only Morgan State player to take a match was Danielle Thompson, beating the Pirate’s third singles player Melody Taal. Junior Katie Kim won for the Pirates in the fourth singles spot, prevailing in a third set super tiebreaker 10-3. Anniek Johnson and Krista Cerpina rounded out the Pirates victory in a convincing fashion. Before the team could come home to South Orange, it had to take on the Naval Academy on Sunday. The Pirates No. 1 doubles team Strike and Fajnorova won their nail-biter of a match, 7-6 (4). The duo of Kangwa and Kim clinched the doubles point for the Pirates with a 6-3 victory. The singles matches did not go as well for the Pirates. At No. 2, singles sophomore Anna Fajnorova continued her strong weekend with convincing 6-3, 6-2 win. Seton Hall’s Kim quickly had her back against the wall, falling 2-6 in the first set. Navy’s Kaylah Hodge did not have the last laugh at No. 5 singles, with Kim coming back to win the next two sets 6-3 and 6-2. The rest of the Pirates did not come out with victories in singles, with the final match score being 4-3 in favor of Navy. The weekend put the Pirates' record to 4-3 on the season. The Pirates will head west to California for spring break, as they will take on Cal State Fullerton in the heart of the tennis hotbed of Southern California. The Pirates will also play Utah State. Brendan Finnegan can be reached at brendan.finnegan@student.shu.edu or on Twitter @FinnBrend. 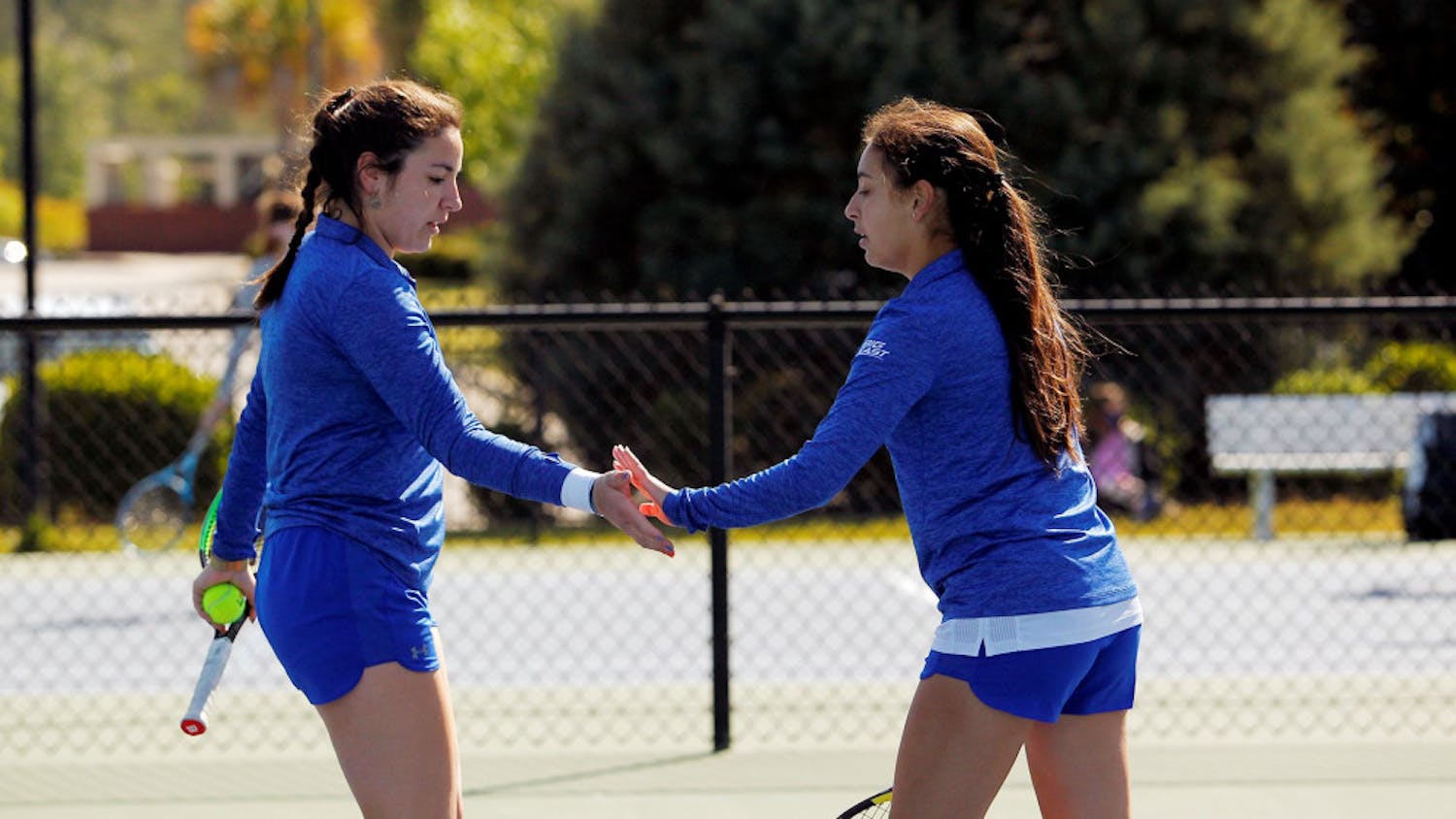