Dean of CEHS steps down, reflects on legacy 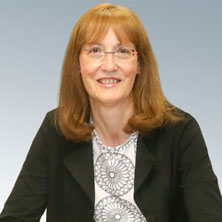 shu.edu[/caption] Grace May, dean of the College of Education and Human Services since 2012, will step down from her position at the end of her tenure this year. May’s decision to leave the post is due to “personal reasons,” according to a statement from the Office of the Provost. May will remain at Seton Hall, where she started in 1994, in the Department of Educational Studies as a professor. May has taught courses at Seton Hall in the College’s integrated elementary and special education program. “I really like to teach freshmen because it’s fun to introduce them to the education major and to encourage their passion for service,” May said in an email interview. “I also enjoy teaching the senior seminar because it’s amazing to see the growth in our students as they complete their senior clinical practice.” During her remaining time as dean, May said she is actively working to prepare the College with the “right people and tools in place to succeed,” in regard to an accreditation visit for teacher preparation programs scheduled for fall 2017. Joseph Martinelli, associate dean for Academic Affairs in the College of Education and Human Services, said he has known May for the 15 years he has been at Seton Hall. “I think Seton Hall’s really lucky to have her,” Martinelli said. “Going back as a faculty member is going to be a huge benefit for students. It’s not just that she’s been fantastic to deal with professionally, she cares about the success of students.” Victoria Hilario, senior secondary education and English major with a minor in music, said May stepped into the role of dean during her freshman year and is stepping down from the role as she completes her senior year. “She’s done an amazing job creating a sense of community among the secondary education majors and elementary education majors,” Hilario said. “There’s a sense of unity in the College…she’s been an active advocate for our students, and has been very motivating.” Hilario serves as the co-President of the NJ Student Education Association at Seton Hall along with Ellen Bacon, junior secondary special education and history major with a minor in Spanish. The 2015-16 academic year was the first year for SHU NJSEA as a Student Government Association (SGA) recognized organization. “She’s (May) has been so supportive of our personal growth as an organization,” Hilario said. May actively supports the club by following its social media accounts Hilario said May was in attendance among SHU students for the 2015 Annual New Jersey Education Association Convention in Atlantic City, N.J. in November. Bacon said she is an ambassador for the College and interacts with May often through open houses and brunch with the dean. “I’m surprised by it,” Bacon said of May stepping down from her position. “But, if she’s following what she needs to do for herself, then I’m fully supportive.” Debra Zinicola, chair of the Department of Education Studies, said she hopes that the College of Education and Human Services’ new dean will be “somebody that’s in that ballpark of excellence” that May is. Leah Carton can be reached at leah.carton@student.shu.edu