Eleven student managers and assistant managers went to Baltimore, Maryland for the event, and six presented panels and/or moderated roundtables.

When Joey Nardone, a junior studying TV production, rolls into WSOU for his morning DJ shift, the sun hasn't come up yet.

To regular listeners, he's DJ Rocco; the relaxed and slightly nasal voice that punctuates Monday night's “For the Record” specialty show (WSOU's program focused on early metal and classic rock) and fields music requests live on air on early mornings like this one. His speech patterns shift regularly, changing back and forth between a laid-back, almost California-esque drawl and quick language that tumbles into the world with urgency.

Joey hides out in the gray-foam-padded studio. There's a corkboard with polaroids of SHU DJs and peeling inherited band stickers, stacks of US Weeklys, a CD rack like a 70s Chicago high rise and Joey, rolling his chair between the two radio computer monitors and his indie-sticker-emblazoned standard issue school laptop. He queues up music while talking to me. "I'm really bad at multitasking, but that's a lot of what it is here," he says.

Doug calls in at 6:10, Joey picks up the phone with a rich chuckle.

"We have regulars, people that everyone here knows, like Doug, the 103 electricians, or Russell from Linden," Joey says that Doug is more than a regular. Everyone at WSOU knows Doug, and whenever Joey's working in the mornings he spends 20-ish minutes on the phone with him. On Saturday they're going to a Rangers' game in New York together. "He listens to WSOU 24/7," says Joey.

There are other regulars, too, like the anonymous caller that always asks for M&M in the morning. Misfits and Motorhead. “The ‘drive times’ are our busiest times of day, when people are either going to or coming from work," Nardone says.

Joey apologizes for rambling. He never really listened to metal before working at WSOU. He's come to appreciate it, but his heart belongs to midwest emo. His band, If Kansas Had Trees, plays midwest emo with an expansive, rich sound. His family owns a record shop in Pennsylvania, so he grew up around music. When he started working at WSOU he came equipped with lots of knowledge surrounding what is and isn't popular. "I play a lot of instruments,” he said. “I used to play the saxophone. I haven't played the saxophone in four years. I should stop saying I play the saxophone."

Joey says he’s proud of WSOU, "it's a big station, especially for a college radio. We get around 120,000 listeners a week. New York's a huge market, and we're the only metal station that broadcasts there."

In late October, Joey and five of his SHU radio comrades traveled to Baltimore to speak on panels at the College Broadcast Institute Awards. "We're classified by the FCC as a class A radio station, alongside commercial radio, but we're just students. Some people at the awards were talking about playing music off of Spotify. We can't do that. If we did that we'd be killed by the FCC."

In addition to the FCC guidelines, WSOU must abide by the Catholic mission, which means "no promoting violence, drug abuse, Satanism. Sometimes the music is fine, but the album art isn't," says Joey. "The archdiocese of Newark [which runs Seton Hall] owns our licenses. Ultimately, we have to do what they say. If the Newark archdiocese decided to sell our licenses, we could be worth tens of millions."

"WSOU is made up of outcasts," This is a sore spot for Joey, who said he feels like the work and cultural impact of WSOU isn't appreciated by SHU administration. "The cool kids don't come here. We're the best college radio station in the country, [and] we’ve got a lot of gold and platinum records [sent by bands who started out at WSOU]." He rolls away to queue another song. "If six kids from Buccino [Leadership Institute] spoke on a national panel, there'd be three articles on the university homepage about it." When asked what more support would look like, Joey said "just promoting us more. We are niche, but we're important in our niche."

He flashes a smile and a thumbs-up to Amanda, who has come in to do the morning newscast. "I forgot to take the transmitter report like, twenty minutes ago." He gets up and shuffles through something. There's a jar on top of a dusty red speaker that says, "Phantom's Soul." He takes me through the halls of the station's office, showing me all the sprawling rainbow-Sharpie autographs of visiting artists. "Our music director Patrick just interviewed one of the guys from Slipknot here yesterday," said Joey. WSOU has played host to a lot of big names recently, including Dave Mustaine of Megadeth and Frank Bello from Anthrax (whose signatures one can expect to adorn the walls).

"I have to do an EAS [emergency alert system] test today, you'll be here for that. I've never done one of those before so we'll see how it goes." He chuckles. There's a sheet on the wall that says "How to Perform an EAS Test" in black Arial font. He ignores it. "I'm going to call Frank." 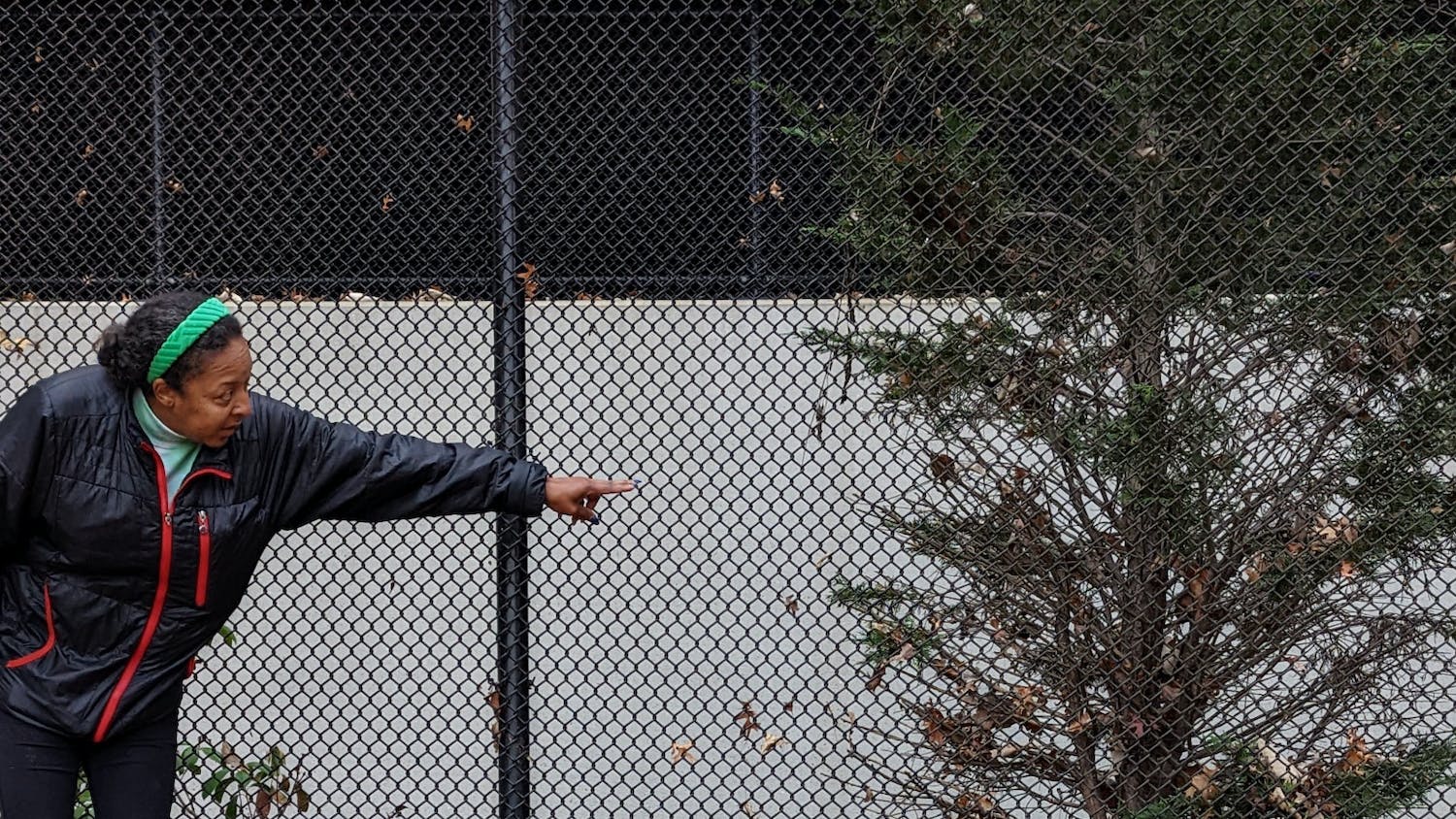 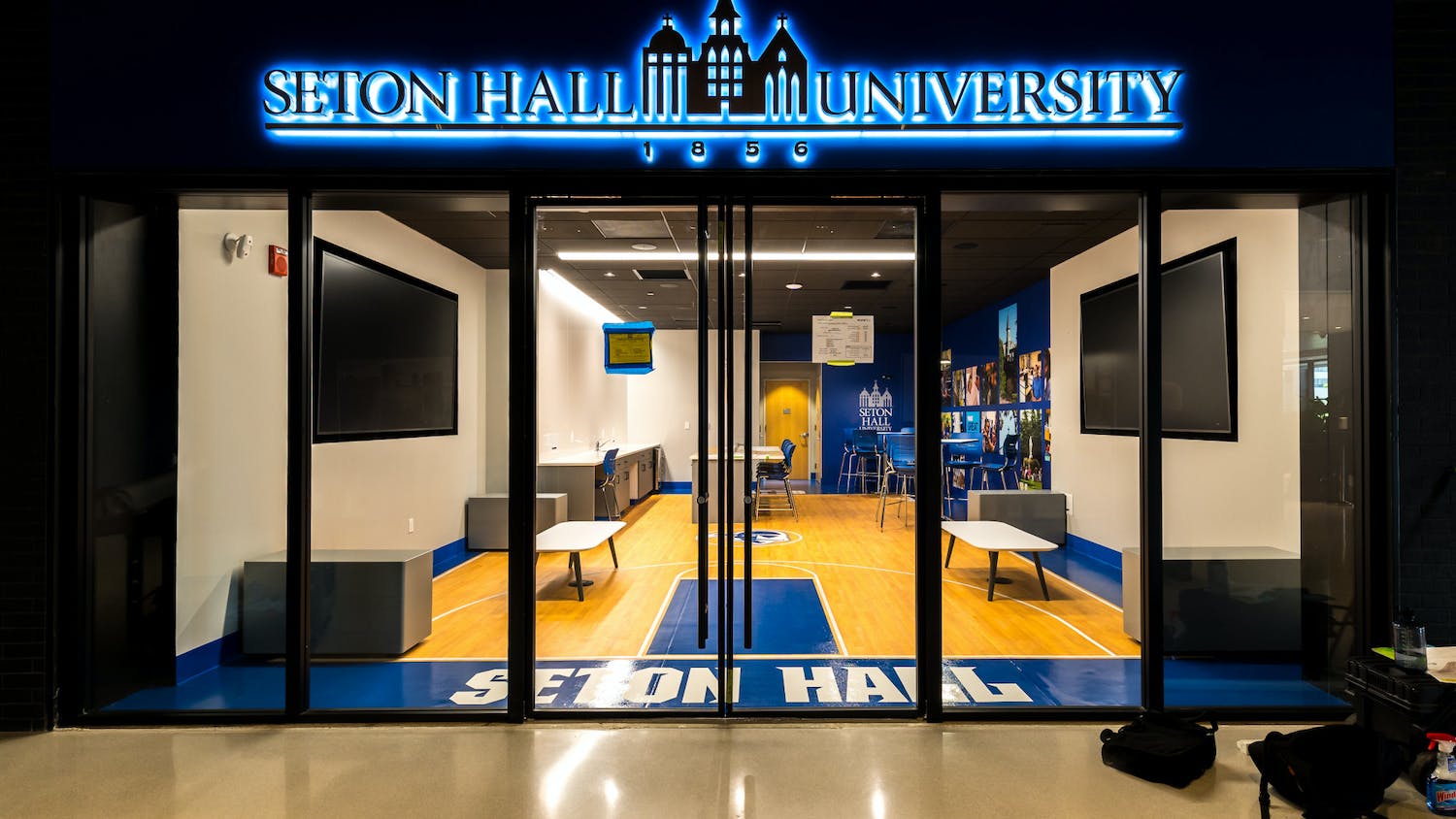