The Student Government Association’s Student Life Committee announced they are working on an initiative to create a daily women-only hour at the recreation center, according to Molly Cleary, who was committee chair until her resignation last week.

“This initiative would be the creation of women's only gym hours,” Cleary said. “It would consist, ideally, of one hour a day for women to work out in peace without being worried about male harassment.”

The initiative began in response to concerns of harassment by men.

“This is an initiative driven by students and was undertaken on behalf of students who reached out to SGA to share their experiences of feeling harassed and unsafe while using the Rec Center,” Cleary said.

It is currently unclear how the proposed ban on men would be enforced.

Cleary said she and SGA Senator Mary Burke were spearheading the initiative before her resignation from SGA.

“We’ve heard from some constituents of incidents which have happened at the gym to make them uncomfortable, and we hope this initiative can reach the goal of an inclusive environment for everyone at Seton Hall,” Burke said. “We want to stress that this initiative is not only for women, but non-binary and female presenting students as well.”

The Student Life Committee was in conversations with the rec center staff, who would need to approve the initiative, Cleary said.

“At this time, I do not believe there will be a vote as it is not a bill that would affect the constitution of the Senate nor is it a finance proposal,” she added.

Fatima Palomino Ramos, an Arts & Sciences Senator said she has not seen pushback against the initiative in SGA thus far.

“Most senators understand there is a level of discomfort that women experience with men in the gym, and while some do not understand, they are sympathetic enough to see why this has happened,” Ramos said.

Senator Philip Malabatan, the SGA Village Relations Committee Chair, said the initiative is a good idea based on conversations he had with members of the Student Life Committee and some of his friends.

“Men and women can get insecure and uncomfortable in the gym, even guys, even though this is not who this is about,” Mabalatan said. “At the end of the day, the initiative is trying to be more inclusive. I know some people may say ‘how is this inclusive?’ but there are 12 hours in the day at the gym, and I am sure one of those hours can go for the women.”

Evan Stull, a sophomore Arts and Science Senator, said that he is not certain about the timing of the initiative. He said he occasionally uses the facilities and has concerns about the initiative.

“For example, if this passes, what hour? Some people tend to go at night. Who is getting kicked out to make these gym hours?” Stull said. “I just need more information.”

Anais Boyajian, a sophomore history major, goes to the gym five days a week. She said that she strongly supports the initiative because it would help other women feel confident and safe going to the gym.

“I feel awkward when guys are staring or I feel like someone’s watching me,” Boyajian said. “Sometimes, guys will want to use the machines that I’m using and will hover around the area and keep watching. Not only does this make me feel uncomfortable, it makes me feel like I’m doing something wrong.”

Catherine Kerr, a sophomore diplomacy major who goes to the gym about five days a week, also said the initiative is a good idea because it would encourage more women to use the gym.

“I think it’s great because a lot of girls I’ve talked to are nervous about going to the gym, and I think there are a lot of people who want to go and would go if it were an all-female environment,” Kerr said.

Boyajian also said she has heard many women say they felt intimidated going to the gym.

“A lot of girls that I’ve spoken to don’t want to go to the gym because of the judgement they will receive from men, whether it be staring, comments, hovering, or more,” Boyajian said.

Helena Rowe, a sophomore finance major who uses the gym six days a week, said she feels very comfortable going to the gym with men present.

“Personally, I feel fine working out with other guys and no one has ever bothered me, and if they did, I would be able to go up to an employee. It also might also be because all my life I have worked out with my brother and his friend,” Rowe said.

Rowe added she doesn't think the initiative is crucial.

“I feel that if it makes people feel safer, they should implement it, but personally I don’t think it’s necessary,” Rowe added.

Some students, such as at-large Senator Connor Campbell, expressed concern about the initiative.

“An argument can be made that this goes against Title IX by arguing that this is discrimination based on sex,” Campbell said.

Cash Kinsey, a sophomore environmental studies major, who goes to gym most days, said he does not know if the University would allow the initiative to pass.

“If it were to happen, they need to make sure they do not make it at a time that inconveniences everyone else, like if they make it at any time where the gym is super busy,” Kinsey said.

Clearly said she is “confident” in the initiative and expects it to pass in the coming months.

Jasmine DeLeon can be reached at jasmine.deleon1@student.shu.edu.

**CORRECTION: An earlier version of this article identified Molly Cleary as Student Life Committee chair, a position she held when some of the reporting for this article was done. She resigned last week from SGA and her position as chair. We have updated the story to reflect this. 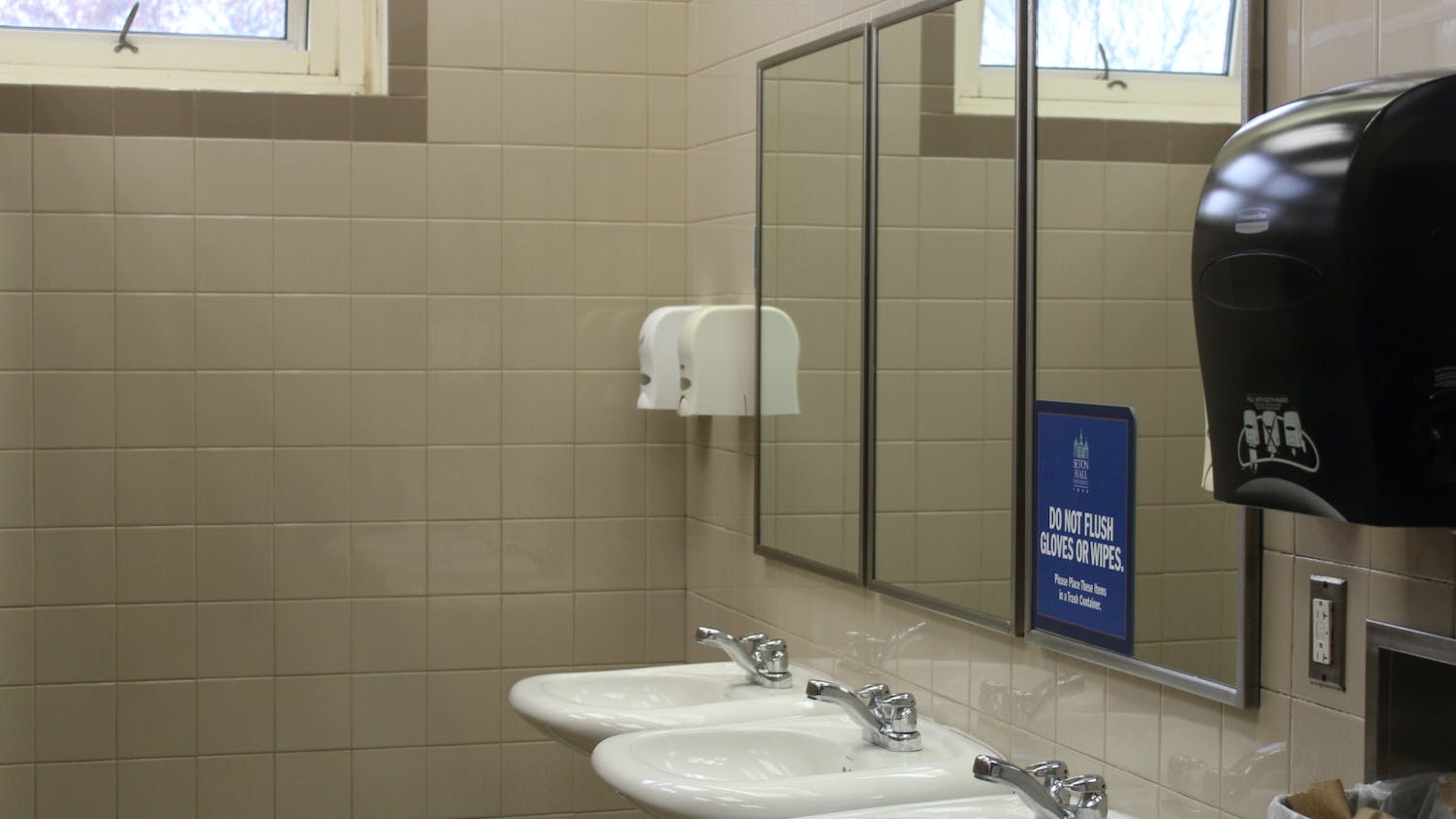 Students weigh in on SGA and PERIOD menstrual product initiative 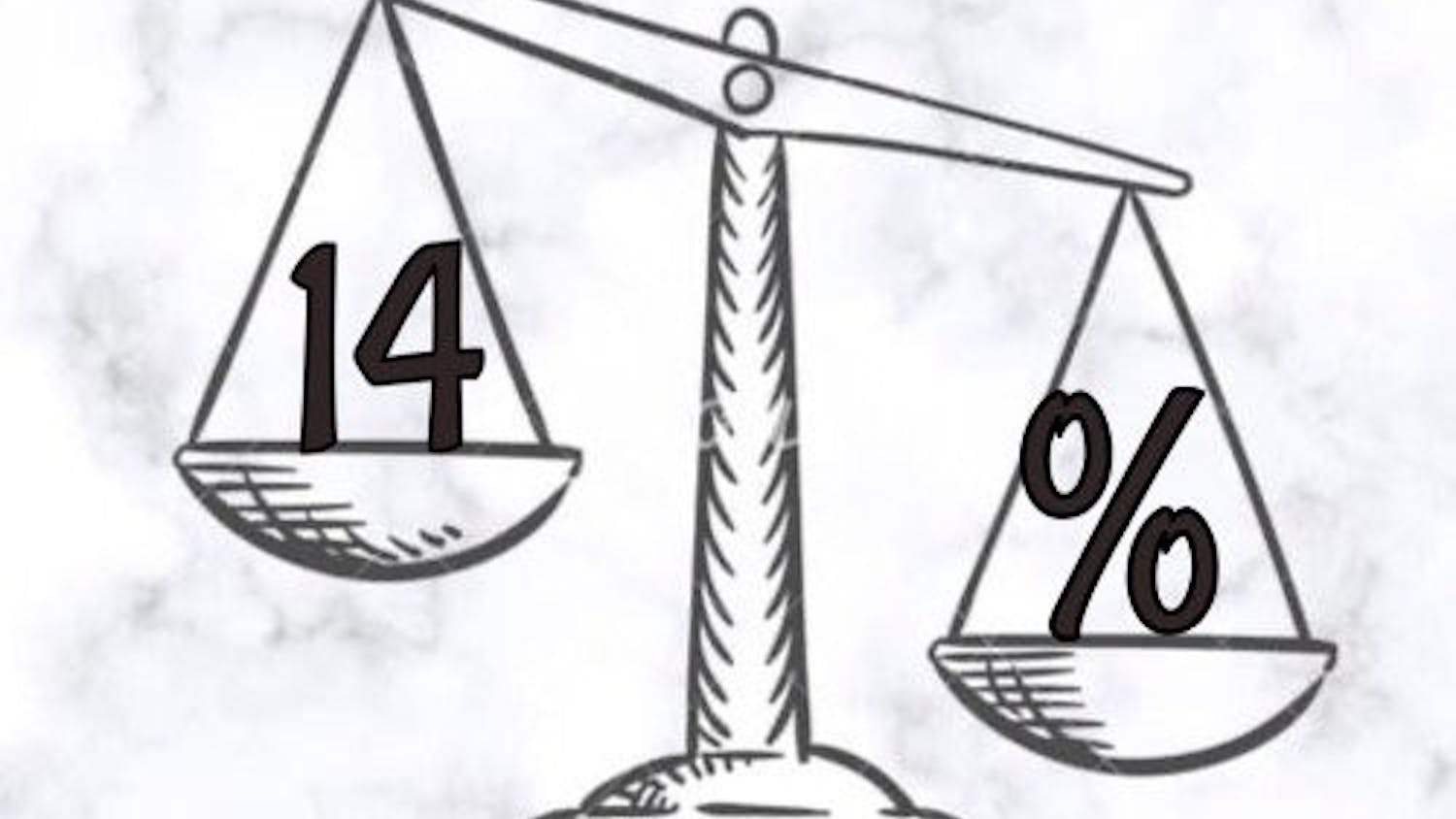