Chalk It Up SHU brings more color to campus

Chalk illustrations have appeared on the University's walkways, and students have noticed the new scenery around campus.

Many of these drawings have been located between the Cabrini and Xavier residence halls, with the most recent drawing consisting of an illustration that evoked Vincent van Gogh’s Starry Night.

The illustration featured a quote from the famed painter: “I know nothing with any certainty, but the sight of stars makes me want to dream.”

Sammi Kovaleski, a senior marketing and entrepreneurship double major, said she has enjoyed seeing the art.

“It’s nice to see people trying to uplift others on campus by sharing their art and thoughtful quotes,” Kovaleski said.

“I definitely would like to see more illustrations, maybe near more dorms,” Olson said. “It shows the pleasant environment of SHU.”

The illustrations are featured on Instagram @chalkitup.shu, which has garnered nearly 100 followers. Far from an extensive project involving multiple artists, the illustrations are almost solely the work of one student: Olivia Lesbirel, a junior physics major.

“I am the only person who works on my designs, although my friends do sometimes sit with me and keep me company,” Lesbirel said.

Lesbirel said she began illustrating because it was a fun activity to occupy her free time.

“I was on campus last semester and very bored due to the fact that there wasn’t much open, so I bought a one-dollar box of chalk from Walgreens and started outside Boland, then I just kept getting more into it and kept buying more chalk,” Lesbirel said. “I use chalk because it’s cheap and easy, and it washes away so that it’s not considered graffiti or anything.’

While Lesbirel said she does not plan to recruit other students to do illustrations, her drawings have begun to inspire others.

“There was some chalk art outside of AQ that some freshmen did, and I loved that as an activity for them,” Gabriella Britz, a senior social and behavioral sciences double major said.

While not all students have been inspired to take up chalk themselves, Lesbirel said she has noticed considerable positive feedback and appreciation of the art.

“I’ve gotten a lot of reactions from people as they pass by,” Lesribel said. “Some people seem indifferent about it, others will watch or look over behind their shoulder but not say anything, but a lot of people I’ve met have told me that they really enjoy seeing the drawings.”

Lesribel said that many people have told her that they love the drawings and that they made their day. She added some students said they sent a picture of the drawings to their parents.

James Unciano, a junior biology major, said the artwork, along with the accompanying quotes, has been a source of joy for him and other students who walk past them.

Lesbirel said she has not received any negative feedback, but instead, some students have expressed that the art cheered them up on a bad day.

“That combined with the fact that they stop to tell me this lets me know that I’m not only doing this for my enjoyment,” Lesbirel said. 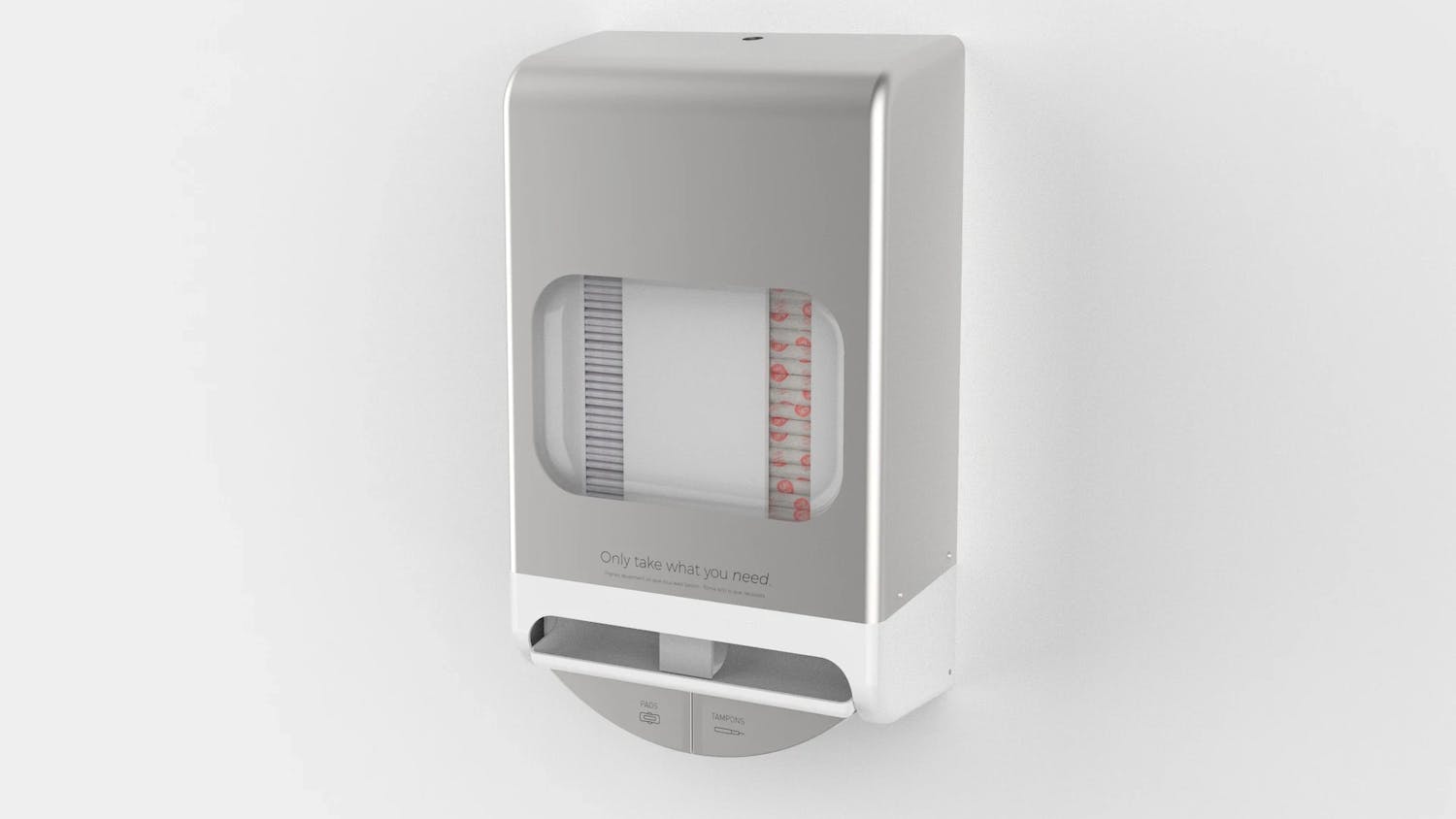 PERIOD, SGA to push for free period products on campus