Following an encouraging freshman season, Seton Hall walk-on Philip Flory is exploring his options, with the possibility of transferring to another school. A report came about on Twitter on April 26 from CBS Sports' Jon Rothstein of Flory's transfer from Seton Hall, later confirmed by the Big East's John Fanta, but Flory said he is going to try to stay in South Orange. [caption id="attachment_23017" align="aligncenter" width="1215"]

File Photo/Greg Medina[/caption] “The coaches and I made the decision to allow other schools to contact me, but I am only transferring if a scholarship does not open up here,” Flory told The Setonian in a private message. Flory, a 6-foot, 5-inch guard, earned meaningful minutes down the stretch of the season when Desi Rodriguez went down with a knee injury at Providence on Feb. 22. While he was not a featured part of the offense, Flory showed promise as a three-point shooter, hitting two of his six attempts while playing an average of 2.5 minutes in 23 games played. Flory also displayed great positioning on defense and an ability to play team defense at an impactful level. Flory’s talent and size for his position may make sense for another roster with the depth the Pirates’ currently have at guard. Next season, the Pirates will feature returning guards Myles Powell, Myles Cale, Jordan Walker and Eron Gordon, as well as incoming freshmen Anthony Nelson and Jared Rhoden. Before coming to Seton Hall as a walk-on, Flory was committed to Marquette before injuries derailed his recruitment. After his convincing season and a 17-minute showing against St. John's on Feb. 24, Flory may be drawing some eyes. As much depth as the Pirates have, Flory’s desire is to remain at Seton Hall if the opportunity presents itself. “Everyone thinks I’m transferring for sure but that’s not true,” Flory wrote. “There’s still a chance that I will be staying at Seton Hall.” Andrew Lombardo can be reached at andrew.lombardo@student.shu.edu or on Twitter @lombardo_andrew. 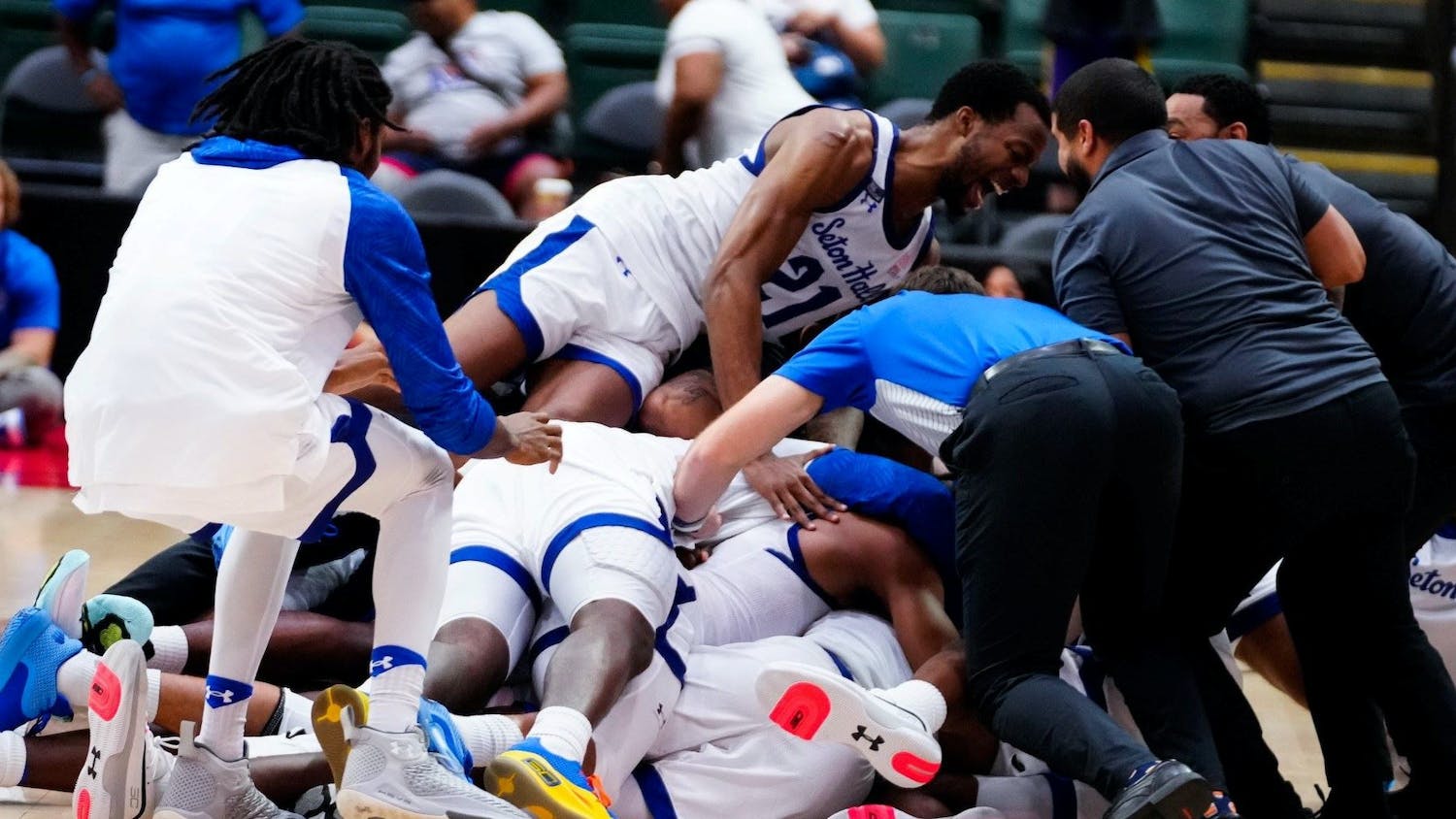