Just before taking the court, Khadeen Carrington stops. While the rest of the Pirates make their way onto the hardwood, the guard pauses for a quick but essential conversation. It is not with teammates to talk about the contest ahead, nor is it to discuss strategy with head coach Kevin Willard. Instead, Carrington halts to have a word with God. [caption id="attachment_17987" align="aligncenter" width="838"]

Prayer is a part of Carrington’s preparation. Greg Medina/Asst. Photography Editor.[/caption] Sort of kneeling, sort of squatting, the junior says a prayer before every game. The ritual is a product of the faith fostered in him as a child. Usually, Carrington is making a request before tip-off – ask and you shall receive, right? Carrington is not selfish in his pleas. He’s not asking for personally successful outings like the 41-point performance he had against Creighton on Feb. 15. Instead, he is hoping for team success and well-being. “That’s me talking to God, asking him to keep me healthy throughout the game, help us to play well, things like that,” Carrington explained. “Once you pray and ask for things like that it happens. The more people that do it the better chance it has of Him hearing it and coming true.” Shortly after that offensive outburst against the Bluejays, a much-needed win for the Pirates, Carrington took to Twitter. He sent the message “God Speed” to his 2,579 followers. It is a phrase that frequents his social media feed, one he calls a personal reminder that he is on the borrowed time of a higher power. A Pentecostal Christian, Carrington’s faith differs from the Catholic faith affiliated with Seton Hall University. Regardless of beliefs, religion has an impact on the men’s basketball team. Whether it be players praying together, Carrington bringing his Bible on road trips or the constant presence of the Rev. John Dennehy at the end of the bench, faith is all around the Pirates. Carrington said it gives the team the right mindset. “We have a lot of guys that have faith in God,” Carrington said. “I definitely think it affects us staying positive. When you think about God you think about positivity.” Carrington is only one of the religious players on Seton Hall’s roster. Angel Delgado, a Catholic, also said he is devout in his creed – his name is Angel after all. He added that he owes everything he has to God. “Everything I do is thinking about Him,” Delgado said, recalling his childhood in the Dominican Republic. “[I was] a little kid with nothing and got to come here and got an opportunity to be big.” The Bajos De Haina native said talk of religious beliefs is common among his teammates. Delgado also agreed with Carrington – the big man won’t bother the big man upstairs with self-centered prayers. “He cannot do everything for you,” Delgado said. “You have to put your effort in and play hard. It’s not like the old guy is going to make me score 20 points. I don’t think like that. I think, ‘Just give me strength to play hard.’” Delgado and Carrington also agreed that staying true to their faith is important through both good and bad. However, the two teammates have somewhat dissimilar philosophies when it comes to practicing their faith. Carrington said he reads the Bible frequently and tries to attend church whenever he is home in Brooklyn or the Hall has time off. His mother, Lima Dufont, calls trips to worship “mandatory” when Carrington is home, but considers basketball an “excusable” conflict as to why her son does not attend church as often as she would like. She added that as long as Carrington is reading his Bible, which she likened to the human version of a stove manual – people need instructions, too – she is happy. Delgado, meanwhile, has taken a step back from organized religion after going to church every day as a kid and always attending private religious schools. “I’m not really into church and stuff like that,” Delgado said. “I’ve got my own space with God. He’s like my best friend everywhere I go. I pray like eight times a day. I just talk to him every time I’m by myself.” With the end of the regular season approaching, the Pirates are praying for an NCAA Tournament bid – literally, Carrington admits. He and Delgado, like so many athletes before them, expressed conviction in the notion that God is looking out for them as individuals, as well as the Pirates as a unit. While it cannot be known whether or not an almighty being is pushing Seton Hall towards March Madness – or any kind of feat for that matter – members of the Pirates certainly believe it. In return, Delgado finds it important to spread the word of such aid. Actually, he considers it a responsibility. “I want to be a messenger for God, tell people like how good is God. You know what I’m saying? Like how good he can do for everybody,” Delgado explained, flashing a face-wide smile. “That’s the guy that’s going to put everything in your life. That’s the guy that gives you life and sacrifices the life for you.” Gary Phillips can be reached at gary.phillips@student.shu.edu or on Twitter @GaryHPhillips. 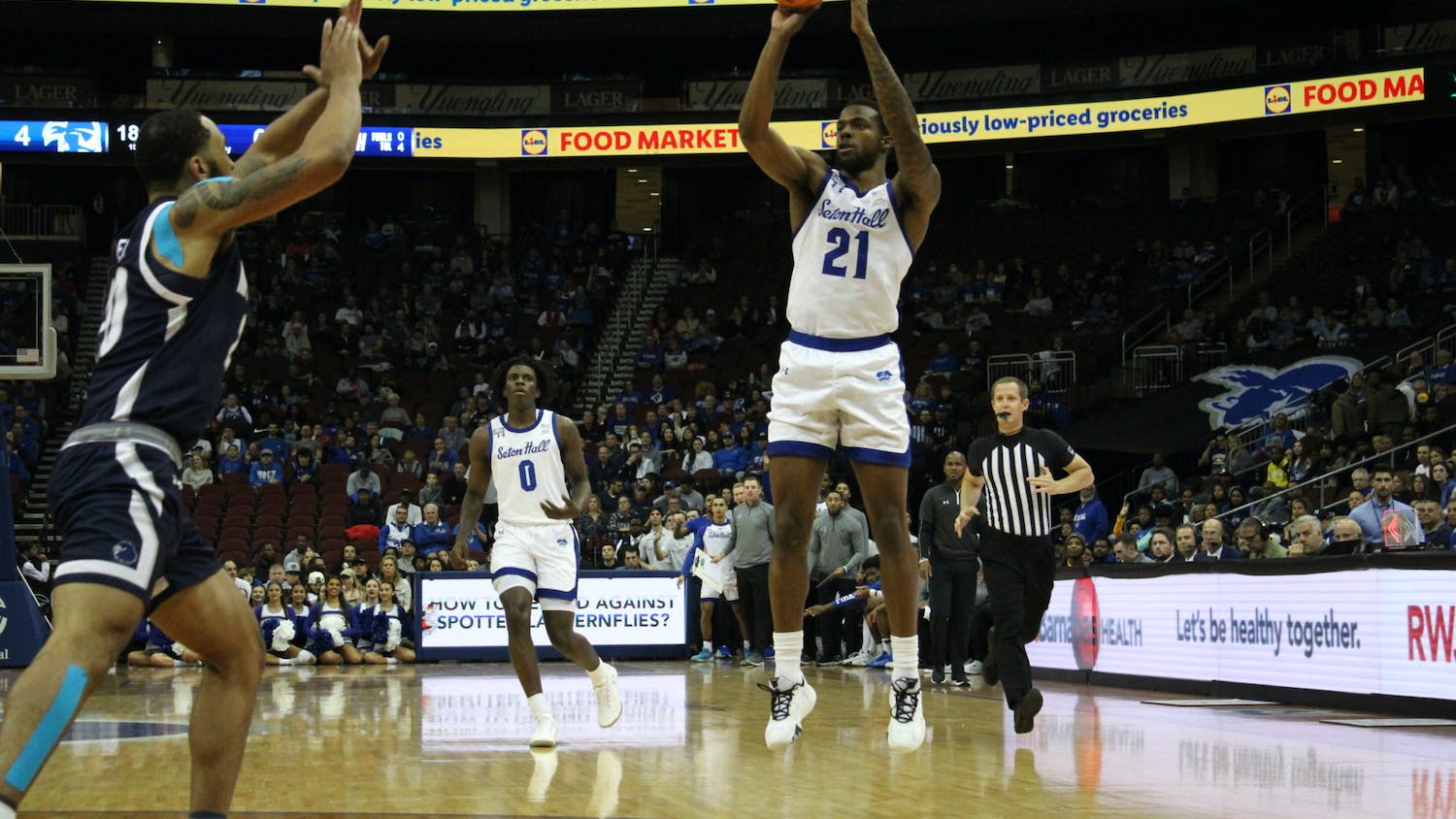 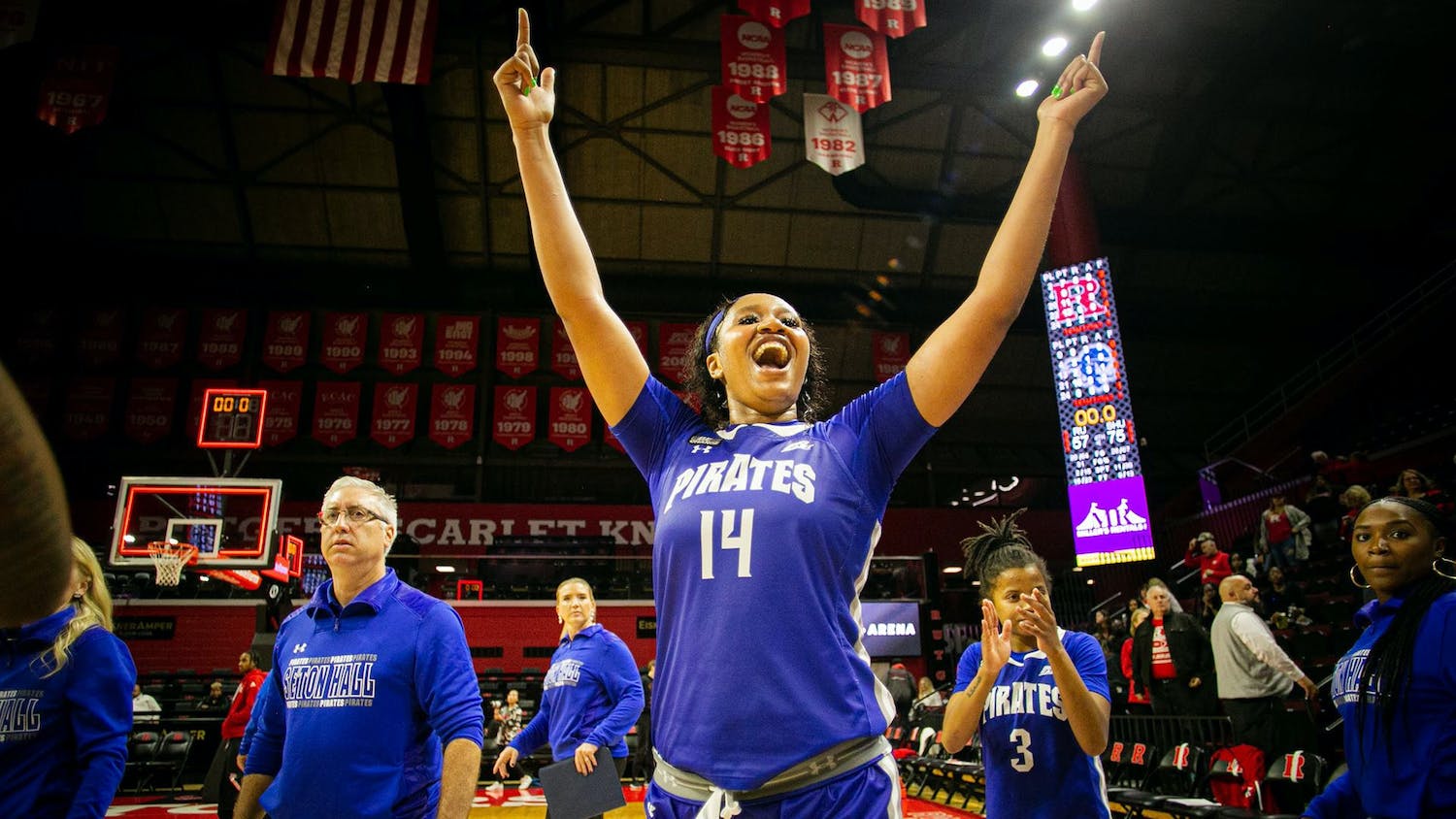 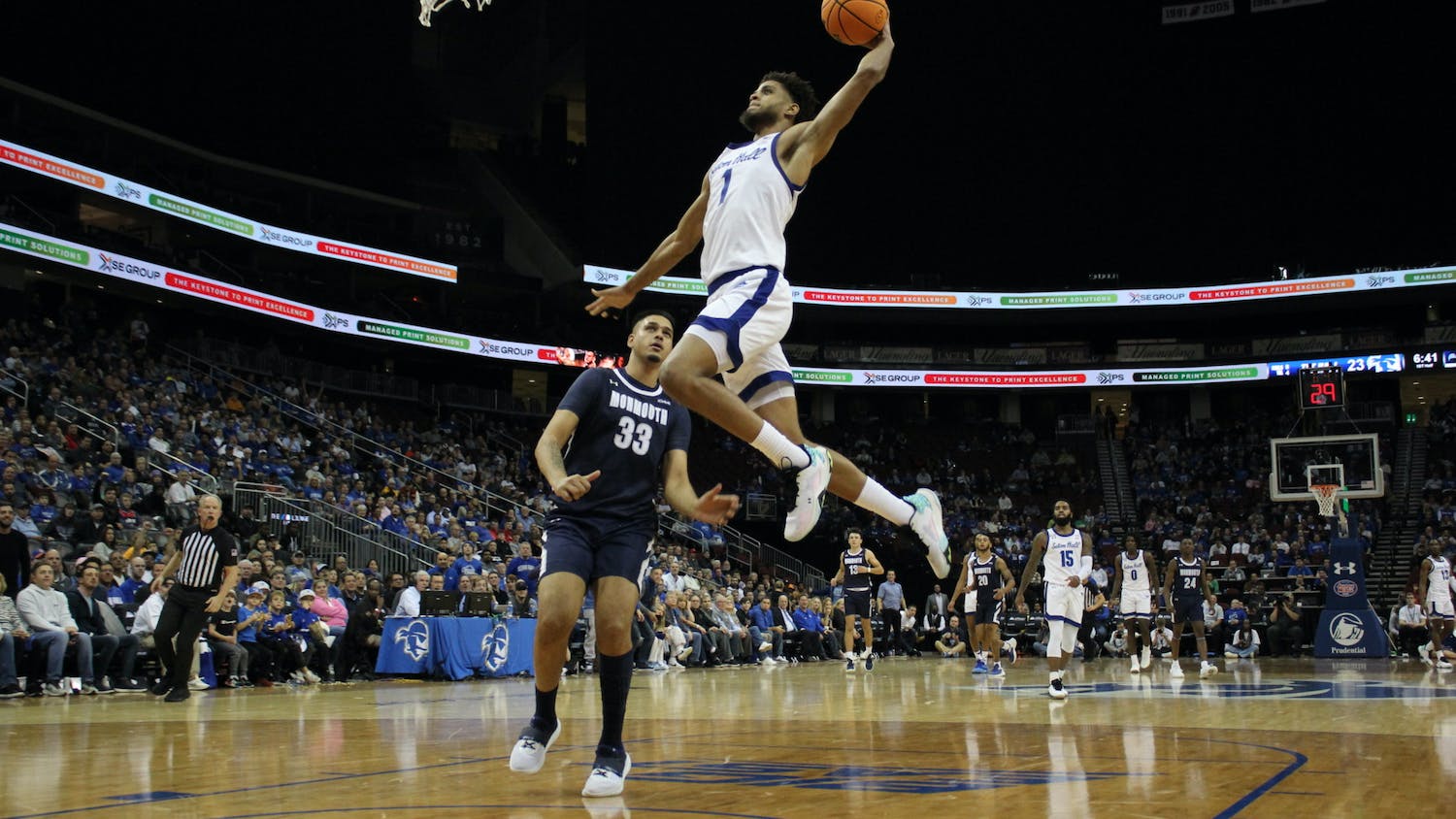