Consider helping others when snow sets in 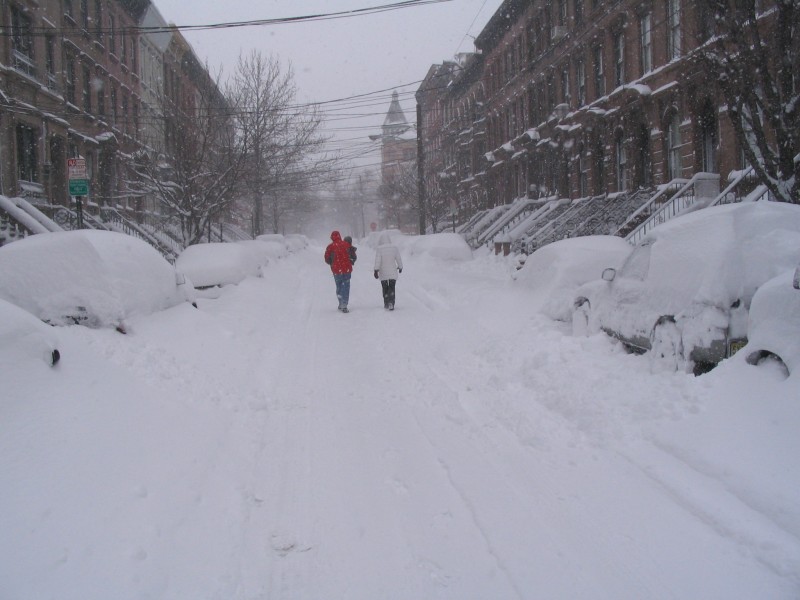 patch.com[/caption] Not everyone loves the snow. While most of us are fortunate enough to enjoy a mug of hot chocolate or cozy up in a warm room after a day of snowman crafting, the lives of many people in the New York-New Jersey area are made considerably more difficult, and dangerous, by something as inescapable as the weather. Winter Storm Jonas gave the Big Apple as many as 27.9 inches of blowing, drifting snow over the weekend. Although most people simply hunkered down on the day of the storm, stayed inside and binge watched TV or played endless rounds of video games, thousands of people as close to us as New York City faced a life threatening emergency. According to the Coalition for the Homeless, 59,929 homeless people, including 14,476 homeless families with 23,912 homeless children, sleep each night in the New York City municipal shelter system. Getting to those shelters during a blizzard can become a matter of life or death. The Garden State received 29.6 inches of snow. There are about 13,900 homeless in N.J., according to the Courier Post. Forget the warm drinks, fuzzy blankets or playful snowball fights. There are people fighting for survival. This is a real problem, and one that does not get shown as much attention as it should. Our biggest concern when the flurries started coming? Whether or not classes would be cancelled. The first concern for nearly 60,000 in New York and 14,000 in New Jersey? No shelter. No food. No heat. No help. That last one is the head of the snake. If we can eliminate it, the first three will fall, too. Seton Hall gives us a ticket to service through programs like DOVE (Division of Volunteer Efforts). There are trips to soup kitchens, food drives, toy drives and weekly programs to lend a hand. During this bitter-cold time of year, services like these are more needed than ever. Beyond that, students can work with South Orange Outreach, a program that works to prevent hunger and homelessness in the community. According to the U.S. Department of Housing and Urban Development, there are shelters and emergency housing in all 21 different counties across N.J. The opportunities are there. As college kids, it’s easy for us to push this type of work to the side of our plates like it’s some sort of Brussels sprout. We have academics, jobs, internships, future careers and social and love lives—you know, the steak and rice—to worry about. There are about 14,000 people in the state who would give a limb for those types of worries. It’s not that nobody cares. If approached by a surveyor and asked, “Do you wish better things for homeless people in your state?” everyone would respond with a definite yes. But when the snow starts falling or those arctic winds start howling, many of us seem to forget how lucky we are to have warmth, food and protection. The next time a Jonas-caliber storm gets predicted, forget about getting a day off. Instead, think of the families who have to find a way to escape the white blanket about to settle across the east coast. Think of parents who can’t feed their kids. Think of human beings getting so cold they lose feeling in their limbs. Most importantly, think of how you can help. Thomas Duffy can be reached at thomas.duffy@student.shu.edu