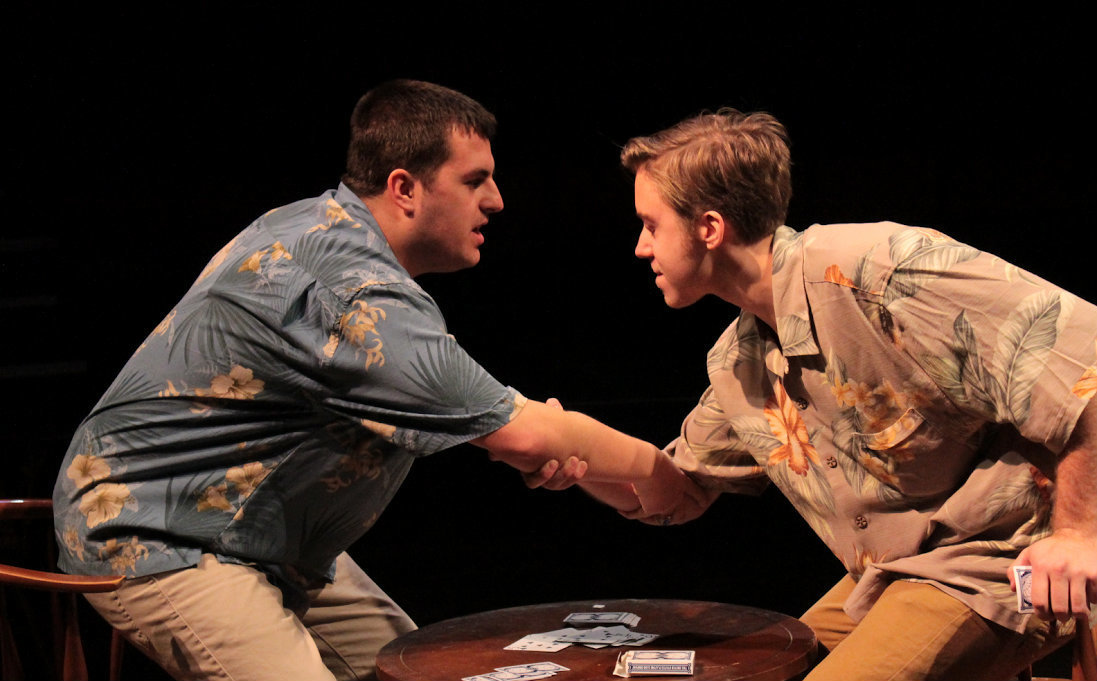 TAPInto and Claire Vodicka[/caption] Suffering from writer’s block when there is a paper due in a few hours can be challenging; it might even seem impossible at times. Writer Anton Chekhov brings to life the challenges of finding the right words through art, acting and music in the production of “The Good Doctor.” The cast and crew have prepared for the opening night of the play which premieres on Dec. 10. “The Good Doctor” centers on the narrator as she tells her stories. The play is composed of a series of scenes which, individually, are based on Chekhov’s short stories. The show is split up into individual scenes so the play has no definite central message. Instead, these scenes are meant to symbolize Chekhov’s battle against writer’s block. Delaney Winslow, a freshman theater major who plays the narrator, said that while the show has had its “hiccups” along the way, she is proud of how it has all come together. Winslow said she has had to adjust to playing a much more subtle character than the “outlandish” roles she has previously portrayed. She added that memorizing long monologues has been somewhat of a struggle, but she is continually working to master it. She added that each of her production experiences involved different forms of comedy, unique from this show. Winslow explained that she also played a role in her high school’s production of “The Good Doctor” and is excited to take on the play from a different perspective. “I just hope people will think the show is hilarious,” Samantha Scelzo, a senior theater and media studies double major who plays Ivana Cherdyakov and Girl, said in an email. “We’ve had a great time working on it, and I just hope the audience feels how much fun we are having. I also hope that people will appreciate our attempt at making the material a bit more modern,” she added. Scelzo added that her prior experience in six Seton Hall productions will definitely help her in this upcoming performance. “SHU theater has allowed me to have fun with my performances, and I think that’s something that is absolutely necessary for this show,” Scelzo said. The actors and production staff have been working on the play for a number of weeks. Peter Reader, a professor and production designer, said rehearsals began the first week of November and usually ran for two to three hours twice a week. Reader added that the student director works with the actors to make certain the cast is able to put on the best performance possible. In fact, he explained that part of the reason this play was selected was to feature a larger cast and challenge the student director. “During Tech week, prior to opening, everyone comes together to pull all the elements together,” Reader said. “The show is rehearsed and readied for an audience.” Julie Trien can be reached at julie. trien@student.shu.edu.