‘Professor quests to save breasts’ 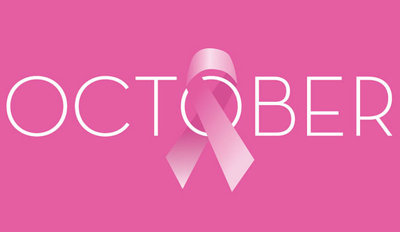 Courtesy of urbansocialitesnj.com[/caption] Seton Hall University’s mission to provide service to the community has brought Pirates together to raise awareness and fund raise for Breast Cancer Awareness Month. Fernando Uribe, Ph.D, a professor for the College of Communication and the Arts, is hosting a breast cancer awareness event at Son Cubano in West New York. A Professor’s Quest to Save Breasts will be on Friday, Oct. 16 starting at 9 p.m. The event includes date auctions, item raffles and information on where to obtain mammograms and affordable health care. Uribe has been hosting this event since 2008. Since then, he has raised more than $15,000 for Making Strides Against Breast Cancer and the American Cancer Society. In 2014, the event brought in about $3,870. “I want to keep doing this every year because I think it’s making a difference,” Uribe said. According to the SEER Cancer Statistics Review, there is a one in eight chance for a woman to be diagnosed with breast cancer in her lifetime. “I personally have known people deeply affected by this,” Uribe said. “I have a dear friend of mine, right now, battling breast cancer and she’s only 26.” A Professor’s Quest to Save Breasts is a semi-formal event and Uribe recommends students dress to impress. The event proposes a networking opportunity and supports breast cancer awareness. Uribe said he hopes students learn the importance of volunteering through his event. The date auction, consisting of five women and one man, is on a volunteer basis. The event is free and exclusively for individuals who are 21 years and older. Son Cubano will donate a portion of their proceeds to Making Strides Against Breast Cancer and the American Cancer Society. There will be a donation table at the event, which had more than 130 guests last year. Additionally, more than 100 people have already RSVP’d on the event’s Facebook page. Individuals who are interested in the cause, but are unable to attend can give donations through the Facebook page. For more information on the event, Uribe can be contacted. Katelyn Fatzler can be reached at katelyn.fatzler@student.shu.edu.