The Current: thoughts on gay rights 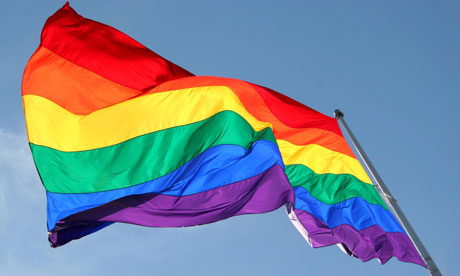 theguardian.com[/caption] The verdict is in and the Supreme Court has ruled that same-sex marriage is now legal in all 50 states. I cannot express how excited I am by this decision, because my older brother can now choose to get married and receive the same legal protections as a straight person. It is a joyous moment for members of the LGBT community. However, it is important to realize that there are still strides to be made. I have heard people say, “We’ve won the battle, not the war.” According to a New York Times article, the movement’s two greatest victories of the last decade have been to serve openly in the military and now the right to marry. While these are great victories, there is still more to be done. Personally, I had not realized some of the inequalities that the LGBT community faced until my brother told me. For instance, there is still discrimination in the employment and housing sector on the basis of sexual orientation or gender identity. According to an NPR article, psychologist Graciela Balestra said the average life expectancy for a transgender person is 30 years old due to suicide and hate crimes. Children still end up homeless every day for coming out to their families. In addition, there are still people who picket funerals. I don’t find that the social climate for the LGBT community has changed nearly enough. According to a poll by Gallup, only 54 percent of Americans would vote for same-sex marriage. Even though it is now legal in the U.S., these attitudes won’t just change immediately. Everyone has a right to morally disagree on gay marriage, but the discrimination and prejudice needs to end. We live in a beautiful time, because we have a chance to make a difference in our country. We have a chance to vote on civil rights issues, so our children will now be able to get married and will hopefully be socially accepted in society, regardless of morality or religion. Yet, it’s also important to raise awareness about other areas of civil rights such as gender and race equality. The fight isn’t over, but I will continue to celebrate the strides that we are making in all areas of civil rights, whether it be my brothers right to marry or equal pay for women one day. Therefore, as I continue to be hopeful, I will also continue to fight. Rebecca White can be reached at rebecca.white@student.shu.edu.