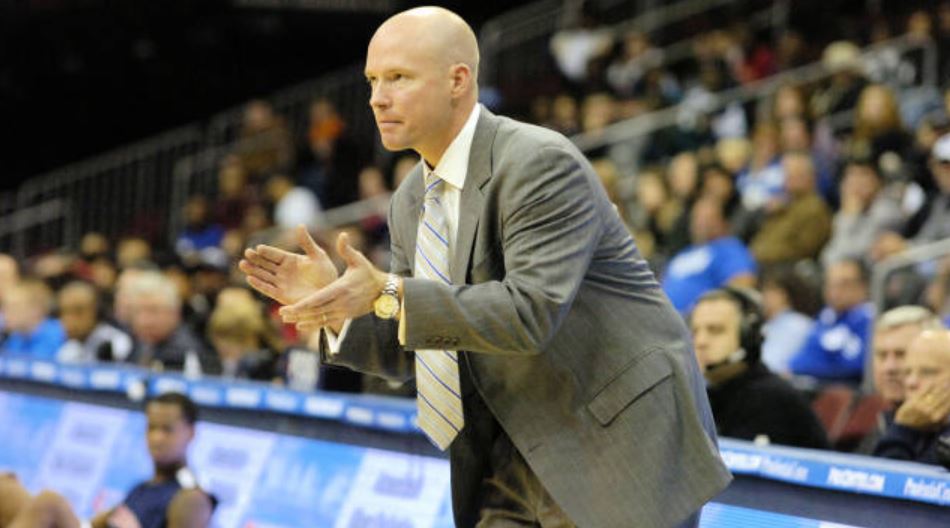 247Sports.com[/caption] Fans can say whatever they want about Kevin Willard, but one thing they cannot knock the Seton Hall coach for is his ability to recruit. Willard, who will enter his sixth season at the helm of the Hall’s men’s program next year, landed another sought-after name on Monday in Myles Carter. A three-star player, Willard was able to sway the product out of St. Rita High School in Chicago, Ill., from Providence and hometown DePaul, both conference rivals. A “well-developed prospect,” according to ESPN, Carter should serve as a nice addition to Seton Hall’s frontcourt next year. The power forward, who praised Willard’s style of interacting with players, is not the first major recruit the coach has brought in. While other incoming freshmen Dalton Soffer and Veer Singh have received mix emotions, Willard turned heads across the country with what he was able to accomplish last recruiting season. Prior to what turned out to be a disastrous 2014-15 season, Willard was praised for delivering Seton Hall a consensus top-15 recruiting class. Isaiah Whitehead, an undisputed five-star recruit in high school, picked Seton Hall over perennial NCAA powerhouses like Kentucky, Kansas, Arizona and Louisville. Angel Delgado was a four-star pickup and went on to win Big East Rookie of the Year. Khadeen Carrington tuned down St. John’s, SMU, Iowa State and UConn before deciding South Orange was the place for him. Desi Rodriguez, who many considered nothing more than part of a package deal to land Whitehead, proved to be a serviceable player with room to grow this past year. For all of that, Willard deserves much of the credit. He also deserves credit for bringing in Sterling Gibbs, who transferred from the University of Texas two years ago. While the guard has dealt with some non-basketball issues, No. 4’s play on the court has been spectacular at times if not at the very least consistent. Willard also nabbed Jaren Sina two recruiting seasons ago. While he may not have lived up to the billing before transferring from Seton Hall this past year, Sina was dubbed a four-star point guard when he signed on with the Pirates. Willard has proven Seton Hall has some pull overseas as well, enlisting foreign players like Patrick Auda, Tom Maayan and Haralds Karlis. Of course, it is Willard’s influence in the New York and New Jersey areas that have made the biggest difference for SHU, as Whitehead, Delgado, Carrington, Rodriguez, Gibbs, Sina, Michael Nzei, Ishmael Sanogo and Fuqaun Edwin were all local talents. ­ Look, there is plenty to be critical of Willard over. His 30-61 record in Big East play speaks for itself and much controversy has surrounded the Pirates’ locker room these past two years, highlighted by an epic collapse this season after being ranked the nation’s 19th-best team at one point. Some fans have labeled him a poor Xs and Os guy while others have voiced their complaints over how he handles himself on the sidelines. With all that said, even the most outspoken and irrational Willard detractors cannot argue that the coach is one heck of a salesman when it comes to the product of Seton Hall basketball. Unfortunatley, Willard’s successful sales pitches have resulted in little winning on the court. Sooner, not later, that is going to have to change. He cannot just hang his hat on his recruiting skills forever, no matter how strong they may be.   Gary Phillips can be reached at gary.phillips@student.shu.edu or on Twitter @GPhillips2727.