Mets' future not quite here yet

The New York Mets played their first spring training game March 4 with an unusual feeling in the air.

It has been years since this team has had so much positive buzz outside the locker room, as many see the Mets as a not-so dark horse playoff contender in 2015. ESPN even went as far as to rank them as the 10th-best team in the majors in their preseason power rankings, putting the team ahead of the cross-town rival New York Yankees and defending World Series champion San Francisco Giants. [caption id="" align="alignleft" width="268"] 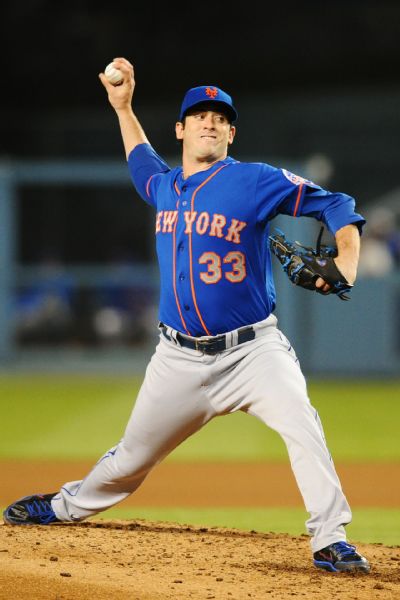 ESPN[/caption]   It’s easy to see why people want to get excited about the Mets: the pitching that will be on display in Flushing this season should be nothing short of brilliant. Fans of the blue and orange are eagerly awaiting the return of ace Matt Harvey, who is back from Tommy John surgery. With him healthy and leading a rotation that also includes young guns Jacob deGrom and Zack Wheeler, the Mets look poised to have one of the best staffs in baseball. The pitching will not be an issue. The problem will be the rest of the team, as well as the competition in the National League East. While the Mets may have some talented arms, the Washington Nationals have what is undeniably one of the two best rotations in baseball after acquiring Max Scherzer. The rest of the roster is not too shabby either, and possibly one of the deepest in baseball. If any other team even comes close to winning the division, it will be a shock. The Miami Marlins meanwhile improved drastically, adding players like Martin Prado, Dee Gordon, Mat Latos, Michael Morse, Dan Haren and Ichiro Suzuki to a youthful nucleus headlined by Giancarlo Stanton and Jose Fernandez. After years of fire sales and lazy rebuilds, this team has a strong shot at playing postseason baseball as a Wild Card team. The Mets however made few waves in the offseason despite being aware of the high expectations that fans and experts would place on the organization this season. The team started the winter with a bang, adding Michael Cuddyer on the first day of free agency. The signing was a solid one, as Cuddyer is nothing short of a professional hitter, but the Mets would have been wise to do more than that to improve their chances of playing October baseball. Of course, they did not. While their rivals got better, the Mets sat on their hands and put their money and prospects under lock and key. Despite having one of the highest payrolls in baseball and one of the game’s more impressive farm systems, New York failed to do anything else worthwhile. As good as the pitching is, the team’s lineup will lack. The defense will not be good enough to win low-scoring affairs either, as Cuddyer, Lucas Duda, Daniel Murphy and Curtis Granderson are all liabilities. The team has no shortstop; rumor has it Wilmer Flores and Ruben Tejada are even asking the front office to find one. At the end of the day, this team just does not have the balance to be seen as legitimate contender. It may take fans some time to realize it, but the waiting in Queens is not over yet. Hey, there is always next year, right?   Gary Phillips can be reached at gary.phillips@student.shu.edu or on Twitter @GPhillips2727.
Comments

Introducing The Setonian 2020-2021 Editorial Board