Seton Hall University and Hackensack University Health Network were set to announce Thursday that they have signed a memorandum of understanding to create a four-year private school of medicine, reviving Seton Hall’s involvement in medical education.

An email from the President’s Office Wednesday evening revealed that the proposed school will occupy the former campus of Hoffmann-La Roche Inc., the international pharmaceutical company, located in Nutley and Clifton, N.J. The new school is expected to enroll students within the next three years. Seton Hall plans to incorporate its nursing and allied health programs with the new school of medicine. In addition, HackensackUHN’s hospitals will host teaching clinicals for SHU and SHU-affiliated graduate education programs.

The president’s announcement came too late for The Setonian to get comment from the Seton Hall community.

“Seton Hall University has always been committed to academic excellence and servant leadership, and Hackensack University Health Network has always been committed to healthcare excellence,” Dr. A. Gabriel Esteban, president of Seton Hall University said in a press release, “As a Catholic university with strong existing programs in the sciences, nursing, health and medical sciences, and health law, we are perfectly poised to create a school of medicine that will educate talented people in the diverse fields of healthcare.”

In 1954, The Seton Hall College of Medicine and Dentistry in Jersey City was the first medical school founded in the state. The first students enrolled in 1956 and received their degrees in 1960. According to published reports, it was sold to the state of New Jersey in 1965 for $4 million after the Arch Diocese could no longer provide for the increasing debt of the school.

“We are excited to be taking this next step with Seton Hall University. Our academic reputations, combined with our clinical expertise, will guarantee the establishment of a world-class academic institution in the Garden State,” Robert C. Garrett, president and CEO of HackensackUNH said in the press release, “New Jersey has long been known as a home to the healthcare and pharmaceutical industries, and it is imperative we continue to support our future workforce through a premier school of medicine.”

Garrett and Esteban were scheduled to publicly announce the news of the proposed school Thursday at 10 a.m. at the Hoffman-La Roche Campus in Nutley.

Tom Lyon, vice president and site head of Roche said in a press release, “Creating a pipeline of future doctors and nurses truly embodies Roche’s vision and continues the positive healthcare-related legacy for the local communities. As we move forward to divest the site, we look forward to working with HackensackUHN and Seton Hall and the ultimate new owner of the Roche campus, which Roche is selecting in parallel, to help make the new school of medicine a reality.”

A final agreement is planned for early 2015, depending on approval from the New Jersey Economic Development Authority, according to the press release. In addition to the proposal for a new medical school, the University is moving forward with a tentative plan to establish a school of Communication and the Arts. There was an information meeting for faculty scheduled today, and another scheduled tentatively for Feb. 6.

Mary Marshall can be reached at mary.marshall@student.shu.edu. 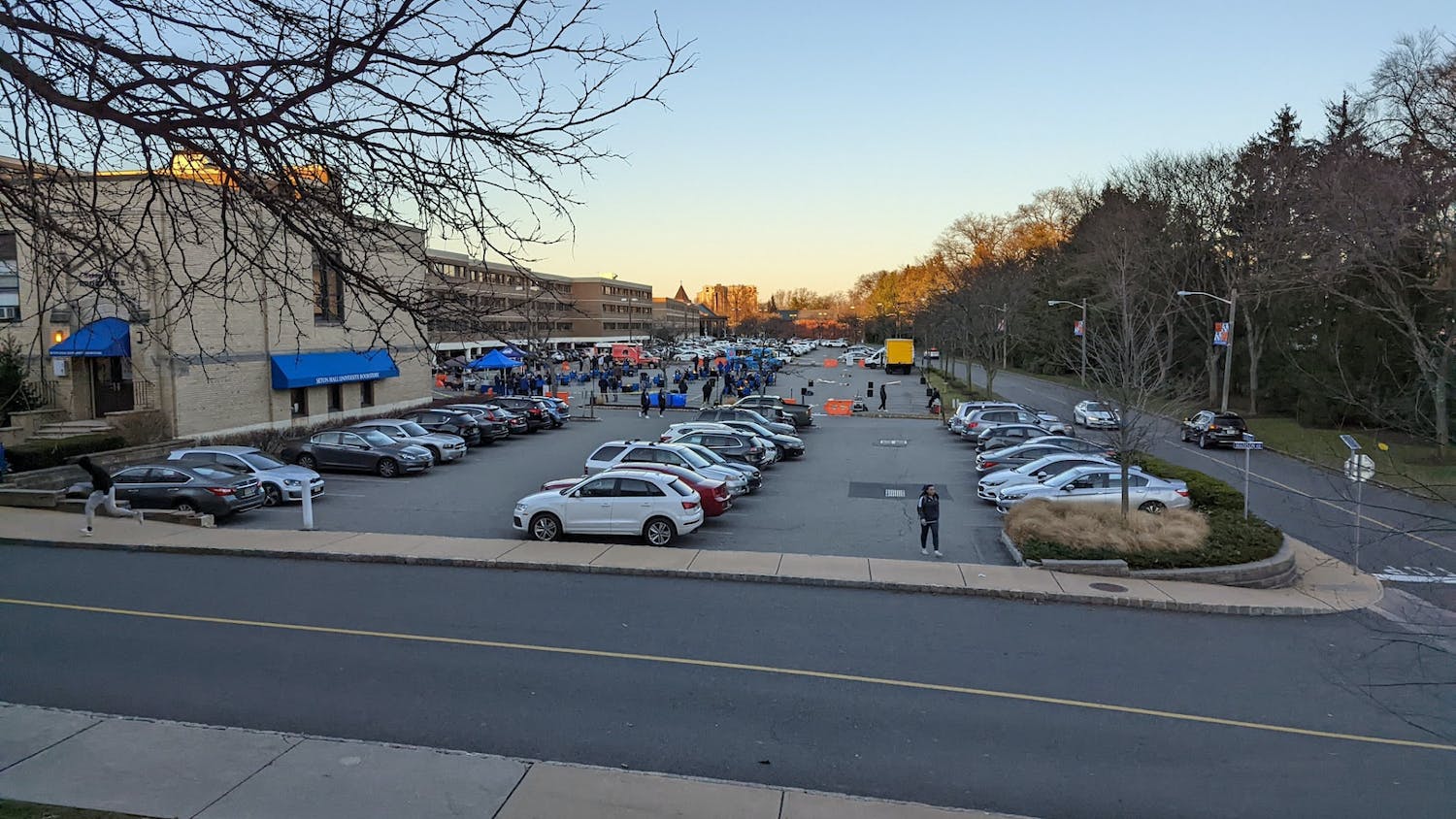