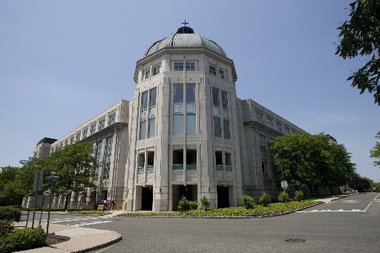 The term, identity, has been a hot topic in pop culture recently, but even more, millennials seem to be particularly interested in labels and how people identify themselves. A brand new club has surfaced at Seton Hall to address this very issue: the Unified Students Assembly (USA).

The president of the club, AJ Deely, said that USA is a student organization driven by intersectionality, identity, safe space and inclusive debate. The founders of USA started the club because they felt that there were a lot of diversity groups at SHU but no student run organization to bring these groups together, Deely said.

At the last meeting, the club discussed being progressive, but not political. Upcoming meetings will cover topics such as the Americanization of ethnic food and the activism of Pope Francis and what that means for the Catholic identity, Deely added.

“I really want my fellow Pirates to know they have a voice, identities that matter and opinions that can reshape how others view the world,” Deely said. “Everyone has a voice to express their identity and everything attached to those identities in a safe space.”

Beyond what the e-board has planned, they are open to members of the SHU community and the general Seton Hall body pitching meeting topics to empower students to run the meeting. While the club is run by the e-board, it is not controlled by it, Deely added.

Morgan Smith, the multicultural chair, said that she first heard about USA through her coworker Zachariah Boyer, who is the Secretary/Programming Lead. Smith is responsible for attending the Multicultural Advisory Committee meetings as well as lending a hand with the planning of any other meetings and events going on that week.

“Truth be told, this group of people are some of the most interesting and intellectual beings I have ever met,” Smith said. “The talks we have are not only insightful but they really make me open my eyes to things differently.”

According to the mission statement, USA will provide a safe space that fosters intercultural and inter-societal conversations within the Seton Hall community, which will include members of different religious, societal, racial, socio-economic, sexual and cultural identities.

Deely said that the organization is a group that will give people the tools for personal advocacy and a space to explore their unique identities.

USA meets every Wednesday at 8 p.m. in Fahy Hall.